In their latest study, researchers at Moffitt Cancer Center have shown that cancer cells in an acidic environment undergo lipid synthesis and accumulation. 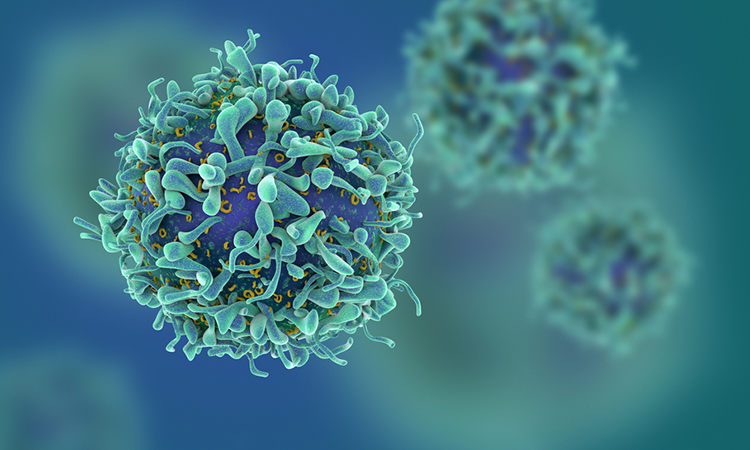 Alterations in metabolic processes are a hallmark of cancer and can lead to a tumour environment that is acidic. As a result, cancer cells must adapt to survive in this inhospitable environment. Researchers from Moffitt Cancer Center, US have shown that cancer cells in an acidic environment undergo lipid synthesis and accumulation. The team identified the key signalling molecules responsible for these changes and discovered that these alterations are associated with poor outcomes and disease progression among breast cancer patients. The new findings were recently published in Cell Reports.

Cancer cells undergo numerous changes that promote cell survival and continued growth. One of the hallmark changes of cancer cells is the increased breakdown of the sugar glucose, which when combined with poor blood flow, leads to the development of a highly acidic surrounding tumour environment. To survive in this environment, cancer cells undergo adaptations, such as activation of the self-degradation and recycling process called autophagy, and the accumulation of lipid fat droplets. Lipid droplets play an important role in the regulation of energy, metabolism, and signal transduction; however, scientists are unsure how lipid droplets accumulate in tumour cells or what their impact is on cancer survival and progression.

Moffitt researchers performed a series of laboratory experiments with cell lines and mouse models to improve their understanding of lipid droplets in cancer. They discovered that breast cancer cell lines grown in acidic conditions accumulate intracellular lipid droplets that express the lipid droplets biomarker protein PLIN2. Lipid droplets formed when a protein in the cellular membrane called OGR1 sensed the presence of the acidic environment. OGR1 subsequently activated downstream signal transduction through the protein’s phospholipase C and PI3K/AKT, which led to the formation of lipid droplets from the products of amino acids that had undergone a metabolic breakdown into smaller components.

Next, the team wanted to assess the biological effects of lipid droplets and OGR1 on cancer. Interestingly, the acid sensing receptor OGR1 is highly expressed in breast tumours and strongly associated with disease progression. They demonstrated that by targeting OGR1, they could reduce levels of lipid droplets, inhibit stress responses and cell growth in acidic conditions, and decrease tumour growth in mice. Additionally, the researchers discovered that high expression of the lipid droplets biomarker PLIN2 was associated with shorter survival and disease progression in breast cancer patients.

These combined observations suggest that lipid droplets formation mediated by OGR1 is an important contributor to tumour development and may be a potential target for anti-cancer drugs.

“Our studies provide a strong foundation for future investigations that will lead to a more detailed characterisation of the role of OGR1 in ER stress response, autophagy and lipogenesis in animal models and human breast tumours,” concluded Dr Smitha Pillai.