In a study, mice with spinal muscular atrophy saw great improvement when the JNK3 enzyme was genetically inhibited to eliminate its activity… 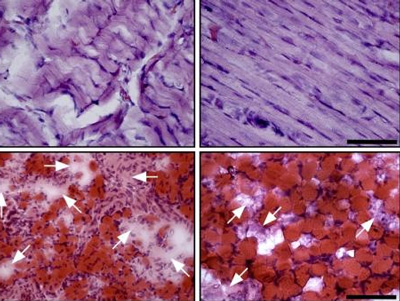 Neuroscientists have discovered a specific enzyme that plays a critical role in spinal muscular atrophy, and that suppressing this enzyme’s activity could markedly reduce the disease’s severity.

Spinal muscular atrophy is caused by a genetic mutation that triggers the loss of spinal cord motor neurons. As the neurons deteriorate, so does one’s ability to control their own movement.

This same study, however, found that inhibiting JNK3 in mice prevented the loss of motor neurons, which is particularly important to prevent progression of disease, says Gangwani.

“So far, spinal muscular atrophy research has focused on targeting the genetic mutation to prevent degeneration of spinal motor neurons, but it hasn’t been successful because of challenges associated with gene therapy,” he says. “This is the first study done that identifies a target, JNK3, that’s independent of the genetic mutation of spinal muscular atrophy for novel therapeutic development.”

The TTUHSC El Paso research team now plans to test pharmacological compounds that can inhibit JNK3 in mice to identify drug compounds that will slow the progression of the disease and reduce the overall burden of this illness in patients.