New target identified for the treatment of asthma 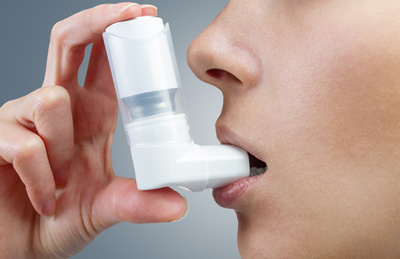 Researchers have examined the role of a receptor in the body that could help to prevent or reduce the effects of asthma attacks.

In a new study, the team of researchers examined the role in the body of nociceptin, a peptide that activates the nociceptin receptor, better known for its association with pain processing.

In asthma there is a constriction of the airways and an increase in immune activation – typically these are treated with a dilator (salbutamol) and a steroid (to reduce immune response).

The study identified that nociceptin has substantial activity in asthma models given before or during an asthma attack – and that a single molecule reduces both the immune response and causes dilation.

It is hoped through the observation that scientists can demonstrate effects before or during asthma that the discovery could help to prevent or reduce established asthma attacks in people suffering from the disease.

An entirely new approach for asthma

Commenting on the research, Professor David Lambert, Professor of Anaesthetic Pharmacology from the University of Leicester‘s Department of Cardiovascular Sciences and Leicester’s Hospitals, said: “I have been working on the pain related and immune modulatory actions of nociceptin for many years and it is really exciting to see this translated into a further therapeutic arena; the devastating airways disease of asthma.”

Professor Chris Brightling, NIHR Senior Investigator and Honorary Consultant from the University of Leicester’s Department of Infection, Immunity and Inflammation and Leicester’s Hospitals added: “In spite of good treatments for asthma many people with asthma still have ongoing symptoms and frequent attacks. This exciting research presents an entirely new approach for asthma that needs to be tested in clinical trials.”

Dr Erika Kennington, Head of Research at Asthma UK, added: “This research is exciting because the protein identified here may relieve not just the symptoms, but the inflammation of the lungs and the tightening of the airways that cause asthma too. We urgently need more investment in asthma research to turn these findings into new treatments.”