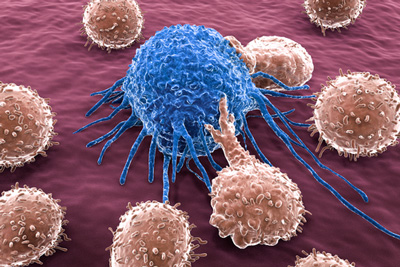 Researchers have identified a first step in the design of a new generation of anti-cancer drugs that include an agent to inhibit resistance to their effectiveness.

The research, by a team co-led by University of Kent and Goethe University, could pave the way for tailored combinations of drugs that would provide more effective treatment for patients suffering from therapy-resistant cancers.

Arguably, the most important resistance mechanism in cancer cells is the action of so-called ATP-binding cassette (ABC) transporters, drug pumps that act as a mechanism to move anti-cancer drugs from cancer cells. Of these, ABCB1 (also called multi-drug resistance gene 1 (MDR1) or P-glycoprotein) is the most relevant one. Previous attempts to target ABCB1 as part of anti-cancer therapies have failed.

A major reason for this is that ABCB1 is expressed at many sites in the body, particularly at tissue barriers such as the gastro-intestinal barrier and the blood brain barrier. This has meant in the past that agents that inhibited ABCB1 were not specific to the interaction of the desired anti-cancer drug with the ABCB1 on cancer cells but affected the body distribution of many different drugs and food constituents, resulting in toxic side-effects.