These anti-PD-1 mAbs have potential uses for multiple indications in immunotherapy, including notably treatments for a variety of cancers… 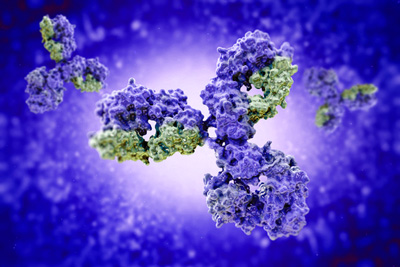 Cellectis and MabQuest have entered into a research collaboration and license agreement pertaining to the development of a new class of monoclonal antibodies targeting PD-1.

The action of these PD-1 antibodies is to promote the recovery of T-cells from exhaustion through a new mechanism of action. This new class of antibodies differs from currently approved anti-PD-1 mAbs in that they do not block the PD-1-PD-L1 interaction. These anti-PD-1 mAbs have potential uses for multiple indications in immunotherapy, including notably treatments for a variety of cancers. Cellectis says it plans to use this new class of anti-PD-1 antibodies either in combination therapy with its gene-edited UCART product candidates or single-agent or in combination with other already approved immunotherapy drugs.

In vitro studies have shown that the combination of these novel PD-1 mAbs with currently approved anti-PD-1 mAbs enhances the recovery of T-cells from exhaustion. Due to their new mechanism of action, these anti-PD-1 mAbs may be used in combination with other PD-1/PD-L1 inhibitors, such as Nivolumab and Pembrolizumab, or other checkpoints inhibitors and immunotherapy approaches for boosting the therapeutic effects of single therapy. Furthermore, this novel class of anti-PD-1 mAbs may represent an alternative and effective therapeutic intervention in those cancer patients with tumors expressing low levels of PD-L1, with respect to the currently approved anti-PD-1 mAbs. In addition, Cellectis intend to combine these PD-1 mAbs with its gene-edited UCART product candidates to enhance their activity and increase their half-life.

The agreement includes a collaboration phase funded by Cellectis whereby Cellectis and MabQuest will jointly pursue preclinical research on several candidate antibodies; and a clinical development and commercialisation phase of the best selected antibodies which will be led by Cellectis.

Cellectis would gain exclusive rights over the PD-1 antagonist

Under the agreement, MabQuest has granted an exclusive option to Cellectis. Upon exercise of the option, Cellectis would be granted worldwide exclusive rights over the family of PD-1 antagonist antibodies developed under the collaboration for all fields, and further potential derivatives of these antibodies.

Commenting on the collaboration, André Choulika, Chairman and Chief Executive Officer of Cellectis, said: “This collaboration is an important building block for our gene-edited UCART product candidates and for our immunotherapy franchise. This new partnership fits perfectly into Cellectis’ strategy of expanding our focus in the cancer immunotherapy space with our CAR T-cell based approaches.”

Dr Giuseppe Pantaleo, President of MabQuest, added: “The collaboration agreement with Cellectis is a tremendous opportunity for MabQuest to move into clinical development with this new class of anti-PD-1 mAbs. This collaboration will also boost MabQuest’s discovery program to develop additional antibody-based strategies to modulate the host immune system.”