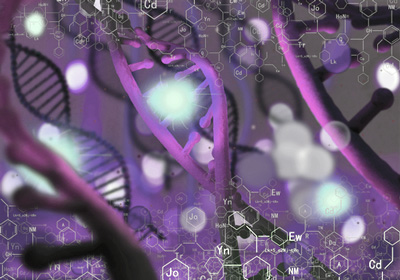 Orchard Therapeutics has officially launched with a £21-million Series A financing led by F-Prime Capital.

Orchard is a clinical-stage biotechnology company with operations in London and the United States,  As part of its launch, the company has announced formal partnerships with University College London (UCL), Great Ormond Street Hospital for Children NHS Foundation Trust (GOSH), the University of Manchester, the University of California Los Angeles (“UCLA”) and Boston Children’s Hospital for the development of transformative gene therapies for serious and life-threatening orphan diseases.

Orchard’s development programmes exploit the potential of ex-vivo autologous haematopoietic stem cell gene therapy to restore normal gene function in primary immune deficiencies, metabolic diseases and haematological disorders. This technology uses a sample of the patient’s own stem cells, which are modified with a functioning copy of the missing or faulty gene before being transplanted back into the patient’s body. The use of the patient’s own cells removes the need to search for a matching stem cell donor, which can take months or even years.

Bobby Gaspar, Orchard’s Chief Scientific Officer and Professor of Paediatrics and Immunology at the UCL Institute of Child Health and GOSH said, “Orchard’s founding scientists, also including Professors Adrian Thrasher and Waseem Qasim from UCL and GOSH, have been pioneering ex-vivo autologous haematopoietic stem cell gene therapy for the last 20 years. We have seen promising effects in several different diseases and are hopeful that this technology will change the lives of many children with life-threatening conditions in the future.”

Orchard is also exploring the effects of ex-vivo autologous lentiviral stem cell gene therapy in patients with mucopolysaccharidosis type IIIA (MPS IIIA or Sanfilippo disease type A). Dr Brian Bigger, Dr Simon Jones and Professor Robert Wynn are with The University of Manchester and Central Manchester University Hospitals NHS Foundation Trust, which have been delivering life-changing treatments to children with metabolic diseases for more than 20 years. They commented, “We are incredibly excited about the transformative potential of ex-vivo autologous gene therapy in MPS IIIA, a devastating neurologic illness for which existing forms of stem cell transplantation are not effective. We look forward to taking this approach into a clinical trial with Orchard Therapeutics soon.”

Orchard employs a collaborative development model for its research programmes, working closely with clinicians and researchers at leading academic centres. Professor David Williams, Chief of Haematology/Oncology at Boston Children’s Hospital and President of Dana-Farber/Boston Children’s Cancer and Blood Disorders Center, explained, “Orchard builds on highly successful academic collaborations that have been in place for more than a decade. Each institution brings specific disease expertise and a significant experience in developing and carrying out gene therapy trials using autologous haematopoietic stem cells.”

Orchard’s management team includes senior pharmaceutical leaders with extensive experience in gene and cell therapy, including founders Andrea Spezzi, Chief Medical Officer, and Nicolas Koebel, SVP Business Operations, who prior to joining Orchard were involved in the clinical development and market access planning at GSK. Chief Manufacturing Officer Stewart Craig previously held executive management positions in cell and gene therapy companies for more than 20 years, and most recently was head of technical operations at Sangamo BioSciences. The team stated, “Orchard’s mission is to be nimble and focused so that we can translate results from pre-clinical and early clinical research into commercially approved medicines. We believe that our strong academic partnerships and pioneering technology platform will allow us to harness the life-giving potential of gene therapy.”