The combination of TXA709 with cefdinir, an antibiotic that has been on the market for almost two decades, successfully treated MRSA infection in animals… 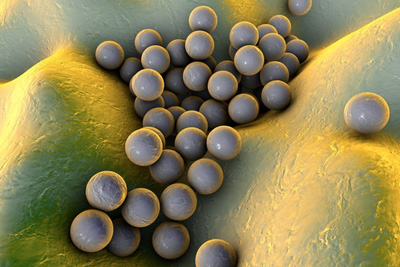 A new experimental antibiotic successfully treats MRSA infection and restores the efficacy of a commonly prescribed antibiotic that has become ineffective against MRSA.

TXA709 is a new antibiotic developed by scientists at Rutgers University. In studies, the combination of TXA709 with cefdinir, an antibiotic that has been on the market for almost two decades, successfully treated MRSA infection in animals.

Commenting on the findings, Daniel Pilch, associate professor in the Department of Pharmacology at Robert Wood Johnson Medical School, said: “This is important because even though TXA709 is effective on its own in treating MRSA, combining it with cefdinir – used to treat a wide range of bacterial infections like strep throat, pneumonia, bronchitis and middle ear and sinus infections – makes it even more efficacious, while also significantly reducing the potential for the MRSA bacteria to become resistant in the future.”

Pilch and fellow scientists are racing to develop a new class of antibiotics to treat methicillin-resistant Staphylococcus aureus (MRSA) infections, which are responsible for 19,000 deaths annually and represent $3 billion in annual health care costs.

“Current standard-of-care drugs for the treatment of MRSA infections are limited,” said Pilch. “Furthermore, resistance to these drugs is on the rise, and their clinical effectiveness is likely to diminish in the future.”

TXA709 inhibits the function of FtsZ

Pilch said that TXA709 kills MRSA bacteria in a unique manner, inhibiting the function of a protein, FtsZ, essential for the bacteria to divide and survive. By combining TXA709 with cefdinir, a cephalosporin antibiotic that acts much like penicillin, scientists were able to lower the dosage of the new antibiotic required to eradicate the MRSA infection.

This is significant, Rutgers scientists say, because it decreases the potential for any drug-induced toxicity and side effects that might occur from a higher dosage.

“What is also good about this experimental treatment is that both drugs can be taken orally, which means they can be administered on an outpatient basis,” said Pilch.

Researchers say Phase I clinical trials on the new antibiotic, which will assess and evaluate its safety and effectiveness in humans, are expected to begin next spring.