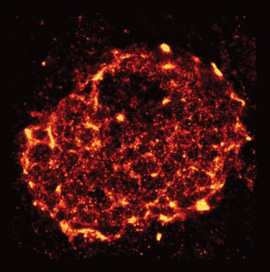 Salk Institute researchers have imaged how vital receptors on the surface of T cells bundle together when activated.

This study, the first to visualise this process in lymph nodes, could help scientists better understand how to turn up or down the immune system’s activity to treat autoimmune diseases, infections or even cancer.

“We had seen these receptors cluster and reposition in cultured cells that were artificially stimulated in the lab, but we’ve never seen their natural arrangements in lymph nodes until now,” explained Björn Lillemeier, an associate professor in Salk’s Nomis Laboratories for Immunobiology and Microbial Pathogenesis, and the Waitt Advanced Biophotonics Centre.

T cells are activated when receptors embedded in their outer membrane bind to other immune cells that have digested an antigen, such as a virus, bacteria or cancer cell. In turn, the activated T cells switch on cellular pathways that help the body both actively seek out and destroy the antigen and remember it for the future. In the past, by looking at T-cell receptors embedded in isolated cells under the microscope, researchers discovered that the receptors are arranged in clusters – called protein islands – that merge when the cells are activated.

Lillemeier wanted more detail on how the receptors are arranged in tissue and how that arrangement might change when the T cells are activated in living hosts. The team used a super-resolution microscope developed in the laboratory of Hu Cang, assistant professor at Salk’s Waitt Advanced Biophotonics Centre and holder of the Frederick B. Rentschler Developmental Chair. This microscopy approach, called light-sheet direct stochastic optical reconstruction microscopy (dSTORM), let the researchers watch T cell receptors in the membranes of T cells in mouse lymph nodes at a resolution of approximately 50 nanometres.

The organisation of surface receptors enables T cells to launch fast and effective immune response against antigens. Understanding how the molecular organisation mediates the sensitivity of T cell responses could help researchers make the immune system more or less sensitive. In the case of autoimmune diseases, clinicians would like to turn down the immune system’s activity, while turning up the activity could help fight infections or cancers.