Inducing antibodies could lead to a universal flu vaccine 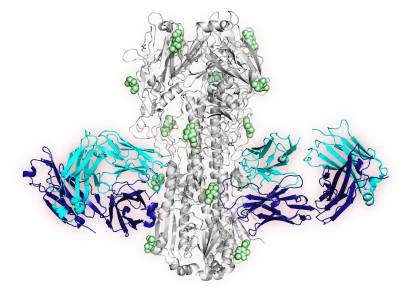 Scientists have identified three types of vaccine-induced antibodies that can neutralise diverse strains of the influenza virus that infect so many each year.

The seasonal influenza vaccine must be updated each year because flu viruses mutate. However, the stem region of the virus typically remains unchanged, making it an ideal target for antibodies induced by a universal flu vaccine.

Such a vaccine would be effective against multiple sub-types of influenza and therefore would eliminate the need to update the vaccine each year. Until now, scientists had only identified broadly neutralising antibodies targeting the flu virus stem in humans following natural infection. The new research provides clear evidence that these antibodies can be induced by a vaccine.

The investigators examined blood samples from six people who had received a vaccine against H5N1 influenza, commonly known as the bird flu virus.

In the blood samples they identified B cells (a type of white blood cell that responds to infection by secreting antibodies) that reacted to various sub-types of influenza virus, and then characterised and classified the cells’ antibody genetic sequences.

The scientists discovered the B cells encoded three classes of antibodies, seen among multiple participants, that can neutralise diverse influenza virus sub-types and, therefore, could form the basis of a universal flu vaccine.

Researchers can now use the B cell sequencing information they identified to quickly and accurately measure immune responses among participants in future influenza vaccine trials.