Using a mouse model, the rate of miscarriage was over 20% in the group that was not transplanted with EPCs while the miscarriage rate was only 5% in… 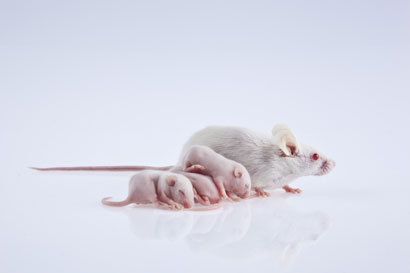 In a study focusing on the role of self-donated (autologous) bone marrow-derived endothelial progenitor cells (EPCs) in placental vascular development, researchers in Japan have discovered that when transplanted into pregnant mice, EPCs can contribute to better blood vessel growth that helps in forming “normalised” placental vascularisation, leading, in turn, to reduced miscarriage by providing a healthier foetal environment during gestation.

“We found the vascular pattern in miscarried placenta to be irregular and the blood vessel size small when compared with that of normal gestation,” said Dr Masaaki Ii of the Division of Research Animal Laboratory and Translational Medicine Research Center, Osaka Medical College. “Our findings suggest that autologous EPC therapy may be able to prevent miscarriage in high-risk pregnancies by normalising vascular patterns and increasing blood vessel size.”

The researchers found that, in a mouse model, the rate of miscarriage was over 20% in the group that was not transplanted with EPCs while the miscarriage rate was only 5% in the group receiving EPCs. They concluded that the transfused EPCs homed to the placenta and worked to normalise the uterine blood vessel pattern, resulting in the reduced rate.

According to the researchers, sFlt1, a soluble receptor for vascular endothelial growth factor (VEGF), has been reported to be one of the key molecules underlying recurrent miscarriage. Imperfect placental development, they said, may produce sFlt-1 and inhibit positive growth factors. The transplanted EPCs may work to reduce the negative effect sFlt-1 has on blood vessels.

“Autologous EPC transfusion could be a novel therapy to prevent miscarriage in high-risk pregnancies,” concluded the researchers. “To establish a safe and feasible EPC therapy, further investigation is needed to explore the mechanism for dysfunctional placental formation and the potential beneficial effect of EPCs.”

“Currently, the treatments for high risk pregnancies are largely preventative and may include use of antihypertensive drugs,” said Dr Patel, University of Utah. “Autologous EPC transplantation is appealing in that it may be associated with fewer side effects and with a reduced autoimmune response. Establishing safety of this method and determining the particular mechanisms by which EPCs are effective will be integral in moving forward with this therapy.”