A new study led by scientists at the Scripps Research Institute (TSRI) sheds light on how the brain stores memories. 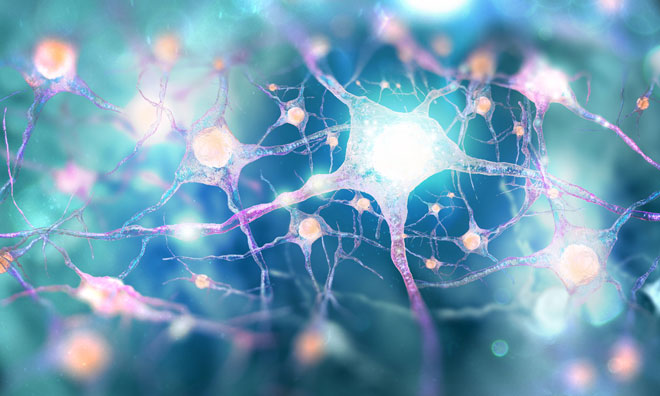 The study suggests how the same brain region can both motivate a learned behaviour and suppress that same behaviour.

“We behave the way we do in a specific situation because we have learned an association—a memory—tying an environmental cue to a behaviour,”

said Nobuyoshi Suto, TSRI Assistant Professor of Molecular and Cellular Neuroscience, who co-led the study with TSRI Professor Friedbert Weiss and Bruce Hope, a principal investigator at the National Institutes of Health’s National Institute on Drug Abuse. “This study provides causal evidence that one brain region can store different memories.”

Scientists know that our memories are stored in specific areas of the brain, but there has been some debate over whether a single brain region can store different memories that control opposing behaviour. For example, can the same region store the meanings of red and green traffic lights—the memories that make a driver stop a car at a red light, then hit the gas pedal at a green light?

Suto’s research focuses specifically on the brain circuits that control motivation. In the new study, he and his colleagues set out to examine how rats learn to press levers to get sugar water—and where they store those motivational memories.

The researchers first trained the rats to press a lever to get sugar water. The researchers then trained the rats to recognise two coloured lights: one signalling the availability of sugar reward, and the other signalling the omission of this reward. As a consequence, the animals learned to change their behaviour in response to these cues: the cue signalling availability promoted the lever-pressing, while the cues signalling omission suppressed this reward-seeking behaviour.

Based on previous electrophysiology studies, Suto and his colleagues speculated that memories associated with these two lessons were both stored in a region of the brain called the infralimbic cortex.

“We’ve seen correlational evidence, where we see brain activity together with a behaviour, and we connect the dots to say it must be brain activity,”

said Suto. “But such correlational evidence alone cannot establish the causality—proof that the specific brain activity is directly controlling the specific behaviour.”

The experiments demonstrated that distinct neural ensembles in the same region directly controlled the promotion of reward-seeking or the suppression of that behaviour. Without those neurons firing, the rats no longer performed the behaviour motivated by the memories in those ensembles. At last, the scientists appeared to prove the causality.

Suto called the findings a step towards understanding how different memories are stored in the brain. He said the research could also be relevant for studying which neurons are activated to motivate—and prevent—drug relapse. He said he’d next like to look at what other regions in the brain these infralimbic cortex neurons may be communicating with.

“Brain regions don’t exist in a vacuum,” he said.

In addition, he also would like to determine the brain chemicals mediating the promotion or suppression of reward seeking.