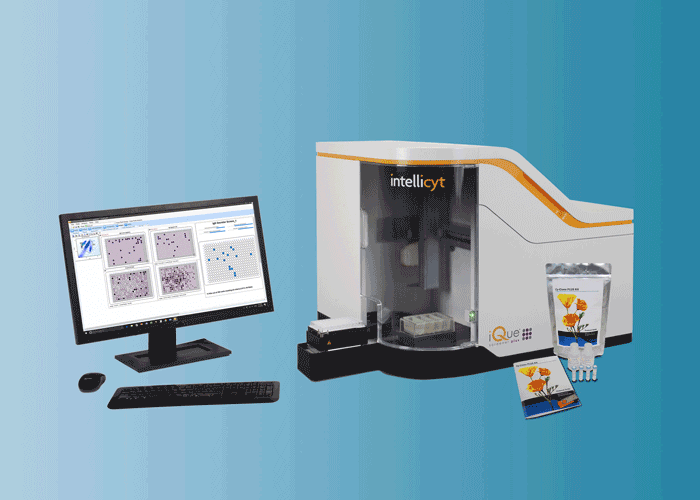 IntelliCyt, a Sartorius Company, and a leading provider of integrated platforms that accelerate drug discovery, antibody screening and immuno-oncology research announced the launch of the Cy-Clone Plus assay system for ranking and selection of clones for cell line development using the iQue Screener PLUS platform.

A key factor in reducing the production costs of biopharmaceuticals is the development of cell lines producing a high yield of product. The Cy-Clone PLUS selection strategy is designed to identify clones that are highly productive and have optimal growth characteristics.

IntelliCyt’s iQue Screener PLUS platform is an integrated instrument, software, and reagent system that offers rapid, multiplexed analysis of cell and bead-based samples in 96, and 384 well plates. The iQue Screener’s proprietary sampling technology uniquely enables efficient assessment of cells in suspension, and miniaturizes the assay format, which conserves precious samples for further analysis. Profiling phenotypic and functional endpoints of cells, while simultaneously analyzing secreted proteins through the use of bead-based assays, generates rich information from the fewest numbers of cells. Plates are processed quickly, and software-assisted automation, analysis, and experiment-level visualization tools instantly rank and reveal the best clones for further analysis.

“Cy-Clone PLUS will greatly streamline the clone ranking and selection workflow for cell line development,” said R. Terry Dunlay, President and CEO of IntelliCyt. “By measuring the critical productivity attributes of each clone, finding the healthiest producers is fast, cost effective, and easy.”