A research team from Instituto Gulbenkian de Ciencia (IGC, Portugal), developed a new genetic technique that allows the elimination of specific neurons of the peripheral nervous system without affecting the brain. 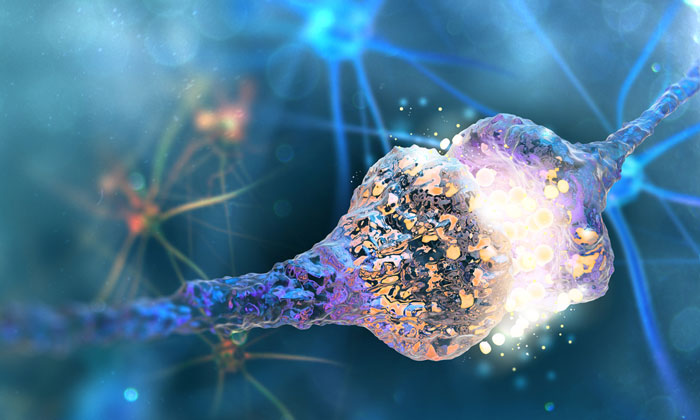 Using this novel technique in mice, the researchers were able to study the function of the neurons that innervate the adipose tissue, and saw that their elimination results in mice pounding up very quickly. This technique opens new avenues for the study of many diseases related to the peripheral nervous system and to other cells outside the brain.

Interested in studying the neurobiological mechanisms underlying obesity, team leader Ana Domingos’ laboratory had recently discovered a set of neurons that innervate the adipose tissue, and demonstrated that the direct activation of those neurons burned fat. The team now wanted to see if mice turned fat in the absence of these same peripheral neurons. Domingos’ team was looking for ways to pinpoint their neurons of interest without affecting similar neurons that also exist in the brain.

To achieve this, Domingos’ laboratory collaborated with the chemist Gonçalo Bernardes at Instituto de Medicina Molecular (IMM, Portugal) and Cambridge University to develop a novel technique.

The research team modified a widely used molecular tool, which is based on the use of diphtheria toxin. This toxin only kills cells that contain its receptor, which mice typically do not have, unless it is artificially introduced in specific cells that scientists want to study.

“The problem is that diphtheria toxin can cross the blood-brain barrier. Therefore, we could not use this molecular tool to eliminate peripheral neurons without affecting similar neurons that also exist in the brain”, explains Ana Domingos.

To face this problem, the research team decided to chemically modify the diphtheria toxin, increasing its size and therefore limits its access to the brain. “Big molecules tend not to enter the brain, so we made the toxin bigger”, further explains Ana Domingos.

Ines Mahu, PhD student in Domingos’ laboratory and author of this study, describes their results.

“We were able to eliminate neurons from the adipose tissue of mice, without affecting the brain. When comparing mice with or without those peripheral neurons, we observed a similar eating behaviour. However, mice that lacked the sympathetic neurons became fat very quickly.”

“This new technique allowed us to verify the importance of the neurons that innervate the adipose tissue to maintain a normal adiposity. But most importantly, it overcomes possible side effects in the brain that could result from the limitations of the previous technique. We can now perform genetic ablation outside the brain, and study the function of many peripheral cells not only for obesity but for several other diseases”, highlights Ana Domingos.