Scientists have armed immune cells with a new surface molecule that causes them to respond aggressively when they encounter a protein that tumours actually use to camouflage themselves from the immune system. Researchers from the Helmholtz Zentrum München and various partners introduced the method in ‘Cancer Research’. 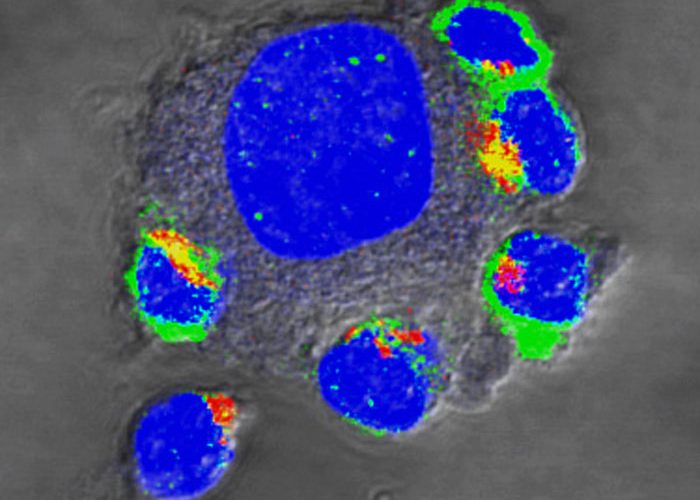 With numerous different entities and millions of people affected, cancer continues to be one of the most prevalent diseases around the world. Scientists are working to find new treatment possibilities, and have been concentrating on T-cells and the body’s own immune system for some time.

“Because cancer emerges from the body’s own cells, it is usually difficult for the immune system to distinguish good cells from bad ones,” explains Prof. Dr. Elfriede Nößner, head of the Tissue Control of Immunocytes Research Group at Helmholtz Zentrum München. “But there are ways to support the immune system in recognising and combating cancer cells.”

Researchers at The Australian National University (ANU) are working on a new treatment for an aggressive type of leukaemia that outperforms standard chemotherapies.

One approach is the so-called adoptive T-cell therapy, which involves removing immune cells from the body and genetically arming them. The cells are given new structures on the surface that accurately lead them to the cancer cells.

One limitation in this form of therapy is that the binding between the immune cell and the cancer cell is often relatively weak. “Although this binding can be artificially strengthened, doing so also increases the risk of unwanted binding to healthy structures in the body,” explains study leader Nößner. She and her team were therefore searching for a different way to improve the defence provided by the immune cells.

In current work, the researchers present a new surface molecule that comprises two halves. On the outside, it preferentially binds to the PD-L1 molecule, which tumour cells often form in order to thwart the attacking immune cells. On the inside of the T-cells, however, this binding does not activate a sleep mode (which the natural protein would do), and instead activates the T-cell’s killer programme, making it especially aggressive. Experimental models showed that T-cells armed in this way proliferate more strongly in the tumours and destroy more tumour cells.

The next step will be to confirm the findings in clinical studies. “If that step succeeds, the approach would enlarge the arsenal of T-cells suitable for adoptive T-cell therapy,” Elfriede Nößner states. “This could not only make the treatment more effective but would allow it to be used in more patients in the framework of personalised medicine.”