A team of researchers has patented a mobile device that can monitor cancer quickly, cheaply, effectively and noninvasively… 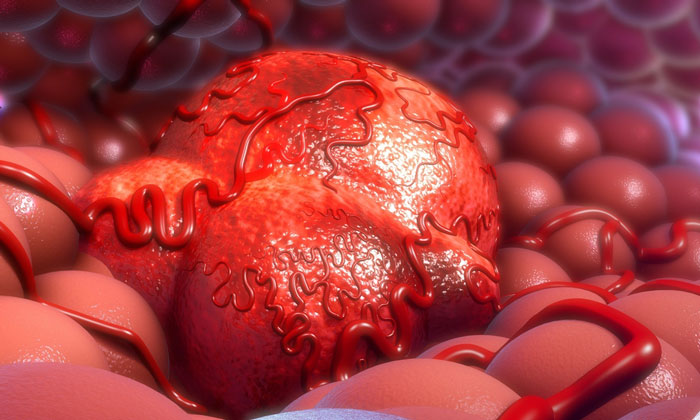 Researchers at the URV’s Department of Physical and Inorganic Chemistry, led by the ICREA researcher, Ramon Álvarez Puebla, and the professor of Applied Physics, Francesc Díaz, and the Department of Clinical Oncology of the HM Torrelodones University Hospital, have patented a portable device that can detect tumour cells in blood.

The device counts the number of tumour cells in a blood sample in real time and is thus a highly effective tool for improving the monitoring, treatment and diagnosis of cancer.

The system has been successfully tested on patients in various stages of breast cancer and could be used to determine the presence of other tumours by analysing different antibodies in the blood sample.

Patients with cancer, particularly if it has metastasised, need to be constantly monitored during treatment to assess the progress of the disease. This is currently done using imaging techniques and biopsies which are invasive and not always possible. In contrast, the device designed by the URV researchers is highly sensitive and requires no surgery or treatment involving radiation. It is thus a highly useful clinical method because it improves patient quality of life by removing the need for the more invasive traditional procedures.

The device will be a useful tool for accurately determining a patient’s level of health because it can monitor cancer quickly, cheaply, effectively and non-invasively. Furthermore, it can assist in the early diagnosis of the disease and monitor tumours more effectively and in a manner that has a less negative effect on patients’ bodies.

The new device uses two systems in miniature: a flow system and an optical system. The first causes the blood cells to flow in alignment, while the second uses two optic fibres (a laser diode and a photodetector) to analyse the cells and count those which are cancerous and those which are not. The ratio between the two gives an understanding as to how the cancer is progressing.

The device in operation: a fibre optic shines a blue light on the sample, highlighting the cells as they flow from left to right.

This complex system is the result of research and is part of the doctoral thesis by Eric Pedrol, supervised by Jaume Masons and Francesc Díaz, in collaboration with the Department of Clinical Oncology of the HM Torrelodones University Hospital, led by the researcher Eduardo García-Rico.

The device has been jointly patented by the URV, the ICREA, the CTQC, Medcom Advance and Medcom Tech. It has been licenced for commercialisation to Medcom Science, a company engaged in the research and development of technologies for diagnosing and treating cancer. At the URV, the technology and the licence to Medcom Science have been protected by the URV’s Research Exploitation Unit.