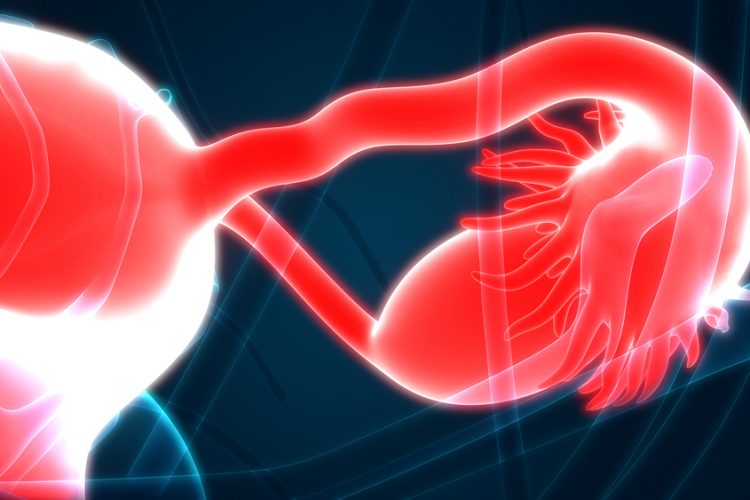 Scientists have discovered a potential new therapeutic strategy for a difficult-to-treat form of ovarian cancer.

Researchers have identified the connection between ARID1A and histone deacetylases (HDACs). They found that HDAC6 activity is essential in ARID1A-mutated ovarian cancers. They were able to show that HDAC6 is typically inhibited by ARID1A, whereas in the presence of mutated ARID1A, HDAC6 levels increase. Because HDAC6 suppresses the activity of TP53, therefore inhibiting its tumour suppressive functions, higher level of HDAC6 allow the tumour to grow and spread.

Using a small molecule drug called rocilinostat that selectively inhibits HDAC6, it was found that by blocking the activity of the enzyme in ARID1A-mutated cancers, they were able to increase apoptosis, in only those tumour cells containing the ARID1A mutation. This correlated with a significant reduction in tumour growth, suppression of peritoneal dissemination and extension of survival of animal models carrying ARID1A-mutated ovarian tumours.

Shuai Wu, a postdoctoral fellow in the Zhang lab and co-first author of the study, said: “We demonstrated that targeting HDAC6 activity using a selective inhibitor like rocilinostat represents a possible therapeutic strategy for treating ovarian clear cell carcinoma and other tumours impacted by mutated ARID1A. Inhibitors like the one we used in this study have been well-tolerated in clinical trials, so our findings may have far-reaching applications.”

Ovarian clear cell carcinoma accounts for approximately 5-10% of American ovarian cancer cases and about 20% of cases in Asia, ranking second as the cause of death from ovarian cancer. People with the clear cell subtype typically do not respond well to platinum-based chemotherapy, leaving limited therapeutic options for these patients.

Previous studies, including those conducted at The Wistar Institute, have revealed the role of ARID1A, a chromatin remodelling protein, in this ovarian cancer subtype. When functioning normally, ARID1A regulates expression of certain genes by altering the structure of chromatin – the complex of DNA and proteins in which DNA is packaged in our cells. This process dictates some cells’ behaviours and prevents them from becoming cancerous.

“Conventional chemotherapy treatments have proven an ineffective means of treating this group of ovarian cancer patients, meaning that alternative strategies based on a person’s genetic makeup must be explored,” said Rugang Zhang, professor and co-programme leader in Wistar’s Gene Expression and Regulation Programme. “Therapeutic approaches based on the ARID1A mutation have the potential to revolutionise the way we treat these patients.”

Recent studies have shown that ARID1A is mutated in more than 50% of cases of ovarian clear cell carcinoma. Mutations of ARID1A and the tumour suppressor gene TP53 are mutually exclusive, meaning that patients with a mutation of ARID1A do not also carry a mutation of TP53. Despite this, the function of TP53, which protects the integrity of our genome and promotes programmed cell death, is clearly impaired as patients with the disease still have a poor prognosis.