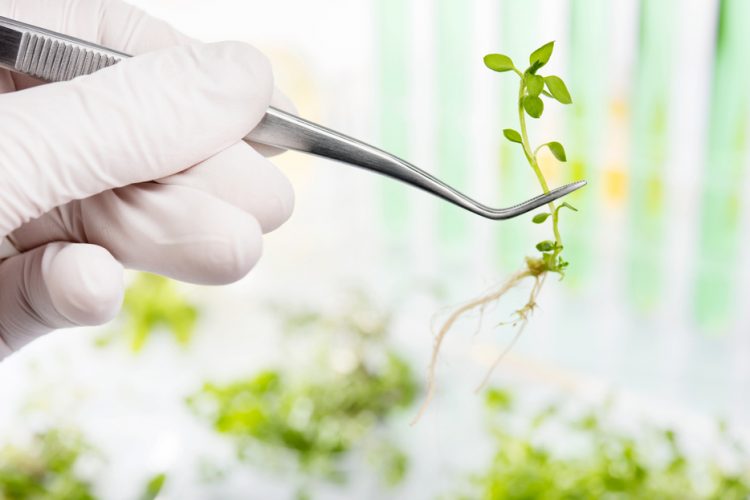 A collaborative team of scientists have developed a novel synthetic vaccine with a method grown in plants that uses virus-like particles (VLPs) – empty shells that trick immune system into a protective reaction. Genes that carry information to produce VLPs are infiltrated into the plant tissues. The host plant then reproduces large quantities of them using its own protein expression mechanisms.

The team turned to cryo-electron microscopy at Diamond’s Electron Bio-Imaging Centre (eBIC) to obtain a clear look at the structure of the empty shells. They confirmed the structure and showed that the external features of the new synthetic vaccine were identical to those of the poliovirus albeit it had not viral materials within to trigger actual infection. This means that they achieve a protective reaction by stimulating the immune system to respond without causing an infection of poliomyelitis as they do not contain the infectious material that allows viruses to replicate.

Dave Rowlands, Emeritus Professor of Virology at the University of Leeds and Principal Investigator on this project, said, “Small scale laboratory tests demonstrated that the ground-breaking synthetic vaccine provided animals with immunity from the disease similar to the existing widely used vaccine. Although this is still early results, it does provide evidence that this can be taken to the next stage with input of pharmaceutical industry collaborators.

“The results of our research pave the way towards production of a novel synthetic vaccine to help bring about the global elimination of poliomyelitis. Such a vaccine would be quicker, easier and safer to produce, without the inherent danger of accidental release of virus associated with the production of current vaccines.”

The breakthrough was made by employing technology that helped in the design of a new synthetic vaccine to combat the foot and mouth disease virus (FMDV) to target the virus that causes polio.

Dave Stuart, Director of Life Sciences at Diamond and Professor of Structural Biology at University of Oxford explains, “We were inspired by the successful synthetic vaccine for foot-and-mouth disease, also investigated at Diamond as part of UK research collaboration. By using Diamond’s visualisation capabilities and the expertise of Oxford University in structural analysis and computer simulation, we were able to visualise something a billion times smaller than a pinhead and further enhance the design atom by atom of the empty shells. Through information gained at Diamond, we also verified that these have essentially the same structure as the native virus to ensure an appropriate immune response.”

Professor George Lomonossoff, from the John Innes Centre said: “This is an incredible collaboration involving plant science, animal virology and structural biology. The question for us now is how to scale it up – we don’t want to stop at a lab technique.”  “The beauty of this system of growing non-pathogenic virus mimics in plants, is that it boosts our ability to scale-up the production of vaccine candidates to combat emerging threats to human health,” he added.

The consortium was funded by the World Health Organisation and the Bill & Melinda Gates Foundation which are seeking alternative vaccines that avoid use of the live polio virus as part of an international drive to completely eradicate the disease worldwide.