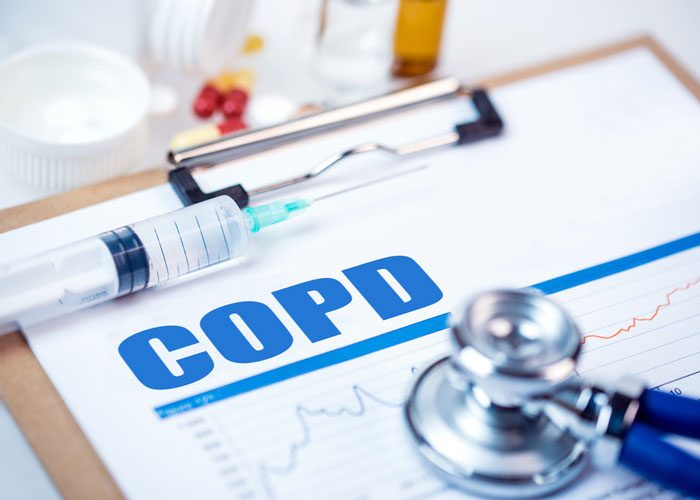 An antibody treatment has been found to reduce the rate of flare-ups by nearly 20 percent in patients with a subgroup of treatment-resistant chronic obstructive pulmonary disease (COPD), according to the results of two large international trials.

“The goal of precision medicine is to give the right treatment to the right patient,” said Lead Author Dr Frank Sciurba, director of the Center for COPD and Emphysema and UPMC Pulmonary Function Exercise Physiology Laboratory, and visiting professor in the Division of Pulmonary, Allergy, and Critical Care Medicine, University of Pittsburgh School of Medicine. “These findings are the first example of a precision therapy that is uniquely effective in a subgroup of patients with treatment-resistant COPD.”

“There is significant variation between patients in the cells and other proteins responsible for lung inflammation, so there are actually many different subtypes of COPD,” said Dr Sciurba.

One subgroup called eosinophilic predominant COPD is present in as many as 40 percent of patients and is characterised by elevated levels of a type of white blood cell known as eosinophils, he said.

The new study reports the results from two Phase III clinical trials evaluating the efficacy of mepolizumab, an antibody treatment that reduces the number of eosinophils in the blood, in moderate to severe treatment-resistant eosinophilic COPD by blocking the pro-inflammatory effects of interleukin-5.

Patients included in the trials were still having flare-ups despite a year of a standard treatment known as “triple inhaled therapy” that includes bronchodilators and glucocorticoids.

“These patients already have been given every treatment we have to offer them and are still having flare-ups that significantly interfere with their quality of life and can lead to deterioration in lung function and higher mortality,” said Dr Sciurba. “We hoped to be able to offer them an option.”

Mepolizumab is already approved by the Food and Drug Administration (FDA) to reduce symptom flare-ups and improve quality of life in eosinophilic asthma.

The first trial, termed METREX, was conducted at 117 sites in 15 countries from 2014 to 2017. A total of 837 COPD patients were stratified by blood eosinophil counts and randomized to receive either 100 milligrams of mepolizumab or placebo, delivered under the skin every four weeks for one year.

In a second, simultaneous trial, termed METREO, the team assessed the effect of a higher dose of mepolizumab in 675 patients with elevated eosinophil levels. Patients were randomised to receive 100 or 300 milligrams of mepolizumab or placebo, with the same delivery method and schedule as METREX.

Similar to METREX, the exacerbation rate was reduced by 20 percent in the high eosinophil group after 100 milligrams of mepolizumab. The METREO results narrowly missed the statistical significance. The 300-milligram dose did not provide an advantage over the lower dose.

“In addition to providing a new treatment option for patients with treatment-resistant, moderate to severe COPD, the new results also are important because they identify a potential biomarker for the disease and demonstrate that eosinophilic inflammation plays a role in flare-ups in COPD,” Dr Sciurba said.

“The findings in these trials exemplify what we hope to achieve not only in COPD but across all lung diseases with regards to a precision approach to treatment,” said Division Chief, Dr Rama Mallampalli.