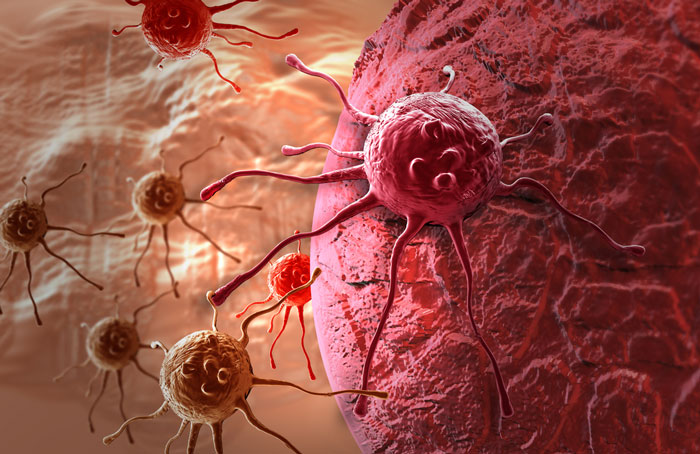 Cancer can most often be successfully treated when confined to one organ. But a greater challenge lies in treating cancer that has metastasized or spread, from a primary tumour throughout the patient’s body. Although immunotherapy can be effective in treating the metastatic phase of the disease, it is still applicable to a limited number of patients.

Professor Uri Nir, of the Mina and Everard Goodman Faculty of Life Sciences at Bar-Ilan University, and his team have identified an enzyme that supports the survival and dissemination of metastatic cells and developed a synthetic compound that targets the enzyme and kills the metastatic cells in mice with cancer.

When leaving the primary tumour, cancer cells possess greater tools to survive in very harsh conditions, such as shortage of basic nutrients like glucose. Metastatic cells can safeguard against this metabolic deficiency by reprogramming their energy generation system

The team then began searching for the enzyme elsewhere in the body. They detected it in only one specific cell – none other than sperm cells.

Sperm cells are the only cells in our body which exert their functions outside our body. “Like metastatic cells, sperm cells are unique in that they can also generate energy under very harsh conditions.

Once they have entered the female birth canal, where there is no blood supply to them, they produce and expend enormous amounts of energy under very extreme or abnormal conditions,” explains Prof Nir. “We found that very aggressive metastatic cancer cells looked for and identified this sperm-specific protein, learned how to produce it and harnessed it in order to potentiate their mitochondria and produce energy under very harsh conditions.”

Using advanced chemical and robotic approaches, the team developed a synthetic compound which can be administered orally or by injection to animals or patients. When applied to metastatic cells in culture or mice with a metastatic tumour, the compound, called E260, enters the metastatic cells and then into the mitochondria. It then binds the enzyme FerT, distorts its activity and, quite notably, not only inhibits its activity but as a result of the inhibition causes a complete collapse of the entire mitochondria power station.

Metastatic cells are very capable, said Prof Nir. When they identify the damage to the mitochondria power station they start to activate a recycling process aimed at decomposing and rebuilding mitochondria.

This recycling process, however, requires a lot of energy and this ongoing energy consumption leads to a severe energy depletion, metabolic crisis and death of the metastatic. “We have treated mice with metastatic cancer and this compound completely cured them with no adverse or toxic effect that we can see. We have also checked several normal cells and they are not affected,” said Prof Nir.

Prof Nir and the team have now shown that not only do sperm initiate life, but also carry with them the potential to terminate life. They hope to pursue Phase 1 clinical trials within a year-and-a-half.

Their research has just been published in the journal Nature Communications.