Genistein, a component of soy foods, may suppress the development of breast cancer

Genistein, a component of soy foods, may suppress the development of breast cancer by protecting BRCA1… 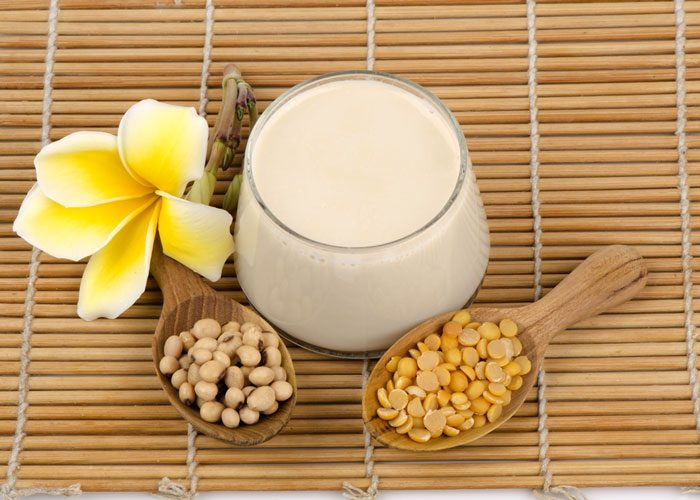 Researchers have engaged in a series of studies to investigate how genistein, a component of soy foods, might suppress the development of breast cancer.

The team’s most recent study, suggests genistein can protect BRCA1, a gene that plays a pivotal role in preventing tumour development in breast tissue.

A normally functioning breast cell has estrogen receptors, into which the body’s natural estrogens fit like a key into a lock, regulating cell growth. Doctors can exploit these receptors by using drugs that attach to them, delivering chemotherapy to cancerous cells with drugs like tamoxifen. In many breast tumours, however, this receptor is missing, rendering tamoxifen ineffective.

Cells without estrogen receptors might be treated with drugs that target two other receptors. Cells that lack all three receptors are called “triple-negative” breast cancers.

“In triple-negative breast cancers, no targeted chemotherapy is available,” said Dr Donato F. Romagnolo, Professor of Nutritional and Cancer Biology at the University of Arizona Cancer Centre, pointing to the need for alternative drug targets.

BRCA1 is a tumour-suppressor gene. When working normally, it helps keep DNA stable, protecting against genetic diseases like cancer; when BRCA1 is performing abnormally, the body’s defences against breast cancer are impaired.

Although a small percentage of breast cancers are caused by mutations in BRCA1, many other breast cancer patients have normal copies, but the genes have been “methylated” — wrapped in strands of carbon-based molecules that render them unreadable. A BRCA1 gene “silenced” in this manner is unable to do its job as a tumour suppressor.

One receptor, the aromatic hydrocarbon receptor (AhR), activated by environmental carcinogens like dioxins, tobacco smoke, products of UV light exposure and some fatty acid metabolites, is of particular interest to the UA Cancer Center team.

AhR silences BRCA1, triggering a cascade of undesirable effects. When BRCA1 is unable to carry out its duties as a tumour suppressor, cancerous cells can proliferate.

Dr Romagnolo explains that a “molecular link” exists between BRCA1 and a type of estrogen receptor called ER-alpha. When AhR silences BRCA1, ER-alpha is lost and cancer cells cannot be treated by ER-alpha-targeting drugs like tamoxifen. If AhR can be disabled by a drug, BRCA1 will be “unsilenced.”

One weapon that may be used to target AhR is found in soy, a protein-packed legume that is a major source of compounds called isoflavones.

“Lifetime intake of soy in Asian women has been linked to reduced risk of breast cancer,” said Dr Romagnolo. “Genistein is the predominant isoflavone found in soy and it may actually block DNA methylation” — the silencing of the BRCA1 gene.

The UA Cancer Center team is the first to show that AhR can be targeted by genistein.

The team hopes this discovery will lead to a genistein-based therapy that can block the harmful actions of AhR. If successful, such a therapy might “unsilence” the BRCA1 gene, which would have the dual benefit of enabling the gene to resume its role as a tumour suppressor, as well as allowing the re-expression of ER-alpha, making cancer cells treatable with tamoxifen.

The experiments used cells from human breast tumours — including one cell line that originally was derived from a UA Cancer Center patient. With successful cell experiments behind them, the team is immersed in studies using mice specialized for breast cancer research. If their next wave of experiments supports their hypothesis, the team could move on to clinical studies in humans.

Other questions include what types of soy foods, how much and at what stage of life soy might be optimal for human health. The team especially is interested in discovering whether exposure to soy genistein during gestation can affect a developing fetus and confer protective benefits throughout the lifetime of the offspring.