Stem cells pave the way for new treatment of diabetes 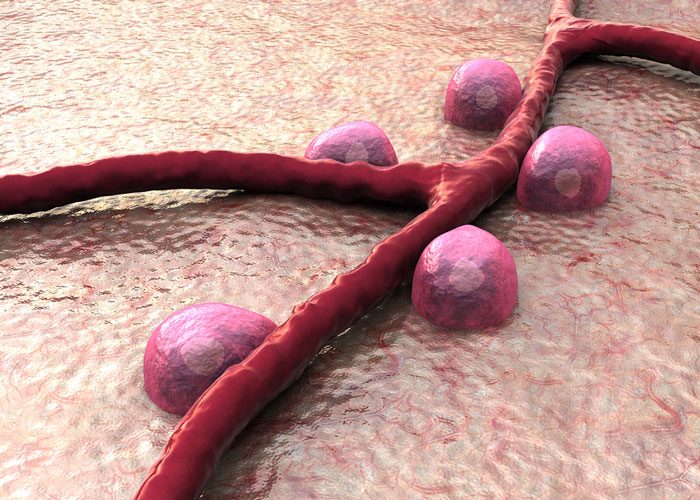 A new study conducted at the University of Copenhagen shows how researchers using human stem cells can produce insulin-producing cells that in the future can be transplanted into diabetes patients.

‘By identifying the signals that instruct mouse progenitor cells to become cells that make tubes and later insulin-producing beta cells, we can transfer this knowledge to human stem cells to more robustly make beta cells, says Professor and Head of Department Henrik Semb from the Novo Nordisk Foundation Center for Stem Cell Biology at the Faculty of Health and Medical Sciences.

The research group, which in addition to Prof Semb consists of Dr Zarah Löf-Öhlin and Assistant Professor Pia Nyeng, among others, originally set out to study how the body creates the complex piping systems that transport fluids and gasses in our organs.

They wanted to understand the machinery for instructing progenitor cells into their different destinies. To their surprise, the mechanism turned out to be simple. According to Assistant Professor Nyeng, these processes are mainly controlled by the progenitors’ ability to tell up from down (the cells’ so-called polarity).

‘It turns out that the same signal – the so-called epidermal growth factor (EGF) pathway – control both the formation of pipes and beta cells through polarity changes. Therefore, the development of pancreatic progenitor into beta cells depends on their orientation in the pipes. It is a really amazing and simple mechanism, and by affecting the progenitor cells’ so-called polarity we can control their conversion into beta cells’, said Assistant Professor Nyeng.

The study is mainly based on tests performed on mice, but the researchers decided to examine whether the same mechanism can be found in human cells.

Dr Löf-Öhlin discovered that the same cell maturation mechanism applies to the development of human cells. Now we can use this knowledge to more efficiently turn human stem cells into beta cells in the laboratory with the hope to use them to replace lost beta cells in patients suffering from diabetes’, said Prof Semb.

415 million people worldwide have been diagnosed with diabetes. And the number continues to rise. Common to all diabetes patients is that they lack the ability to produce sufficient amounts of insulin, which regulates the blood sugar in the body. This can lead to a number of complications and in many cases be potentially fatal.

The study has been published in the internationally acclaimed journal Nature Cell Biology,