By stimulating a patient’s immune system, a drug already in use to treat a blood disorder can prevent the growth of a variety of solid tumours… 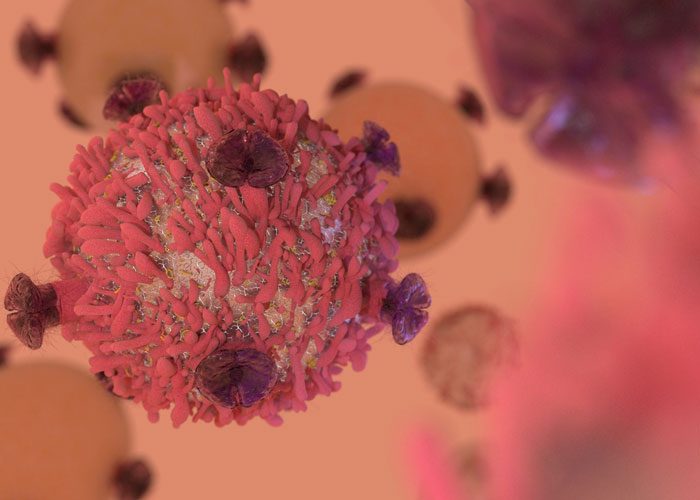 By stimulating a patient’s immune system, a drug already in use to treat a blood disorder can prevent the growth of a variety of solid tumours.

The drug 5-aza-CdR is currently approved for treating a blood disorder that can lead to leukaemia. It inhibits the methylation of DNA, preventing enzymes from chemically modifying genomic DNA. Such modifications can greatly alter the expression of genes that control a variety of critical cellular functions, including cell growth and survival.

Some studies have shown that methylation inhibitors such as 5-aza-CdR could be used to treat other cancers. These effects have generally been attributed to the drugs reactivating tumour-suppressor genes, but the actual mechanism remains poorly understood.

Associate Professor Yoshimasa Saito and his co-workers at Keio University set about figuring out how the drugs work. They began by assessing the effects of 5-aza-CdR on a mouse model of intestinal cancer. The team found that the drug cut the number of tumours that formed by roughly a third and that animals that received the drug tended to have smaller tumours than those that did not.

Having demonstrated that 5-aza-CdR can act on such cancers, the researchers then cultured cells derived from mouse intestinal tumours under conditions that promote the formation of three-dimensional ‘organoids’.

“Organoids are budding, cyst-like structures that closely recapitulate the properties of the original tumours,” explains Prof Saito, “This makes them a powerful tool for studying how cancers respond to treatment.”

The researchers found that 5-aza-CdR strongly inhibited the growth of tumour-derived organoids and were minimally toxic to healthy intestinal cells. Delving deeper, Prof Saito’s team looked at which genes were turned off and on by this treatment and noticed a striking pattern. “Our findings indicated that DNA demethylation suppresses the proliferation of intestinal tumour organoids by inducing an anti-viral response,” said Prof Saito.

Prof Saito.and his colleagues suggest that the methylation inhibitors are somehow reactivating endogenous retroviruses — ancient viral DNA sequences that have accumulated over evolutionary history and now lie dormant throughout the genome. This initial antiviral response leads to immune activation and the shutting down of tumour proliferation.

“These findings represent a major shift in our understanding of the anti-tumour mechanisms of DNA demethylating agents,” said Prof Saito.

The team believes the strategy could be effective for treating other cancers, and it has already obtained promising results with organoids derived from challenging tumours such as cholangiosarcoma and pancreatic cancer. “We are trying to develop a personalised therapy for refractory cancers,” said Prof Saito.