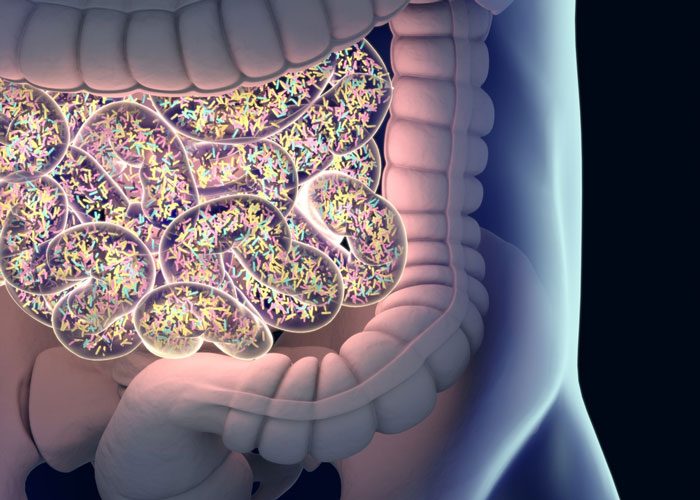 A new study, suggests that wiping out a significant portion of the bacteria in the gut microbiome, and then re-introducing a certain type of “good” bacteria that lacks this enzyme, known as urease, may be an effective approach to better treat Crohn’s disease.

“Because it’s a single enzyme that is involved in this process, it might be a targetable solution,” said the study’s senior author, Dr Gary D. Wu, Associate Chief for research in the division of Gastroenterology at the Perelman School of Medicine at the University of Pennsylvania. “The idea would be that we could ‘engineer’ the composition of the microbiota in some way that lacks this particular one.”

An imbalance in the gut microbiome – more “bad” bacteria than “good” – is known as dysbiosis, which is caused by environmental stressors, such as intestinal inflammation, antibiotics, or diet.

Gut dysbiosis is believed to fuel Crohn’s disease and other diseases, but the mechanisms behind that relationship are not fully understood by researchers looking to strike a healthier, bacterial balance for patients. Crohn’s disease is an inflammatory bowel disease that affects nearly one million children and adults in the United States.

In a series of human and mouse studies, the researchers discovered that a type of “bad” bacteria known as Proteobacteria feeding on urea, a waste product that can end up back in the colon, played an important role in the development of dysbiosis.

The “bad” bacteria, which harbour the urease enzyme, convert urea into ammonia which is then reabsorbed by bacteria to make amino acids that are associated with dysbiosis in Crohn’s disease. “Good” bacteria may not respond in a similar manner, and thus may serve as a potential therapeutic approach to engineer the microbiome into a healthier state and treat disease.

“The study is important is because it shows that the movement of nitrogen into bacteria is an important process in the development of dysbiosis,” Dr Wu said. “It also proves using a single enzyme can reconfigure the entire composition of the gut microbiota.”

The research was conducted by Dr Wu and colleagues from Penn Medicine and Children’s Hospital of Philadelphia (CHOP), under the PennCHOP Microbiome Program with funding from the Crohn’s and Colitis Foundation.

To investigate the role of nitrogen metabolism in dysbiosis, the researchers performed a metabolomic analysis characterising small molecules in faecal samples from 90 patients with Crohn’s disease from the Pediatric Longitudinal Study of Elemental Diet and Stool Microbiota Composition (PLEASE) study and 26 healthy children.

The results showed that faecal amino acids, a result of bacterial nitrogen metabolism, were significantly associated with Crohn’s disease, dysbiosis, and an abundance of Proteobacteria in patients. That led the researchers to track nitrogen metabolism activity in the mouse models to help reveal mechanisms that might be targets for the treatment of disease.

To show that urease regulated bacterial nitrogen metabolism and leads to dysbiosis, the microbiome’s slate had to be wiped clean before the microbiota could be engineered into a specific configuration. Researchers previously showed pretreating mice with antibiotics (vancomycin and neomycin) and polyethylene glycol (PEG), an intestinal purging agent used by patients in preparation for a colonoscopy, significantly reduced the bacterial load enough to create an opportunity for a newly introduced bacterial community to establish themselves.

Similar to mice, treating five human subjects with the same two antibiotics and PEG also successfully reduced bacterial load in their intestinal tract by 100,000-fold, suggesting that it might be possible to engineer the composition of the gut microbiota in patients with inflammatory bowel disease.

“Now that we can effectively reduce bacterial load in humans it may now be possible to engineer the microbiota into a different configuration in a manner similar to what we have achieved in mice,” Dr Wu said. “Although we’re closer now, there is still more work to be done.”

In fact, the Penn and CHOP team are currently conducting a therapeutic clinical study in patients with refractory Crohn’s disease using a strategy based on data from this study that focuses on deeply altering the gut microbiota.

“The outcomes of this study and the analysis of collected biospecimens will be an important first step in building a technology platform to engineer a beneficial composition of the gut microbiota for the treatment of inflammatory bowel diseases,” said Dr Wu.

The study has been published in Science Translational Medicine.

Related organisations
Children's Hospital of Philadelphia, Crohn's and Colitis Foundation, Perelman School of Medicine at the University of Pennsylvania

Children's Hospital of Philadelphia, Crohn's and Colitis Foundation, Perelman School of Medicine at the University of Pennsylvania