Faulty gene could be responsible for some Crohn’s disease cases

Interaction between MDR1 gene and TH17 immune cells in the ileum could hold the key to Crohn’s disease in some instances. 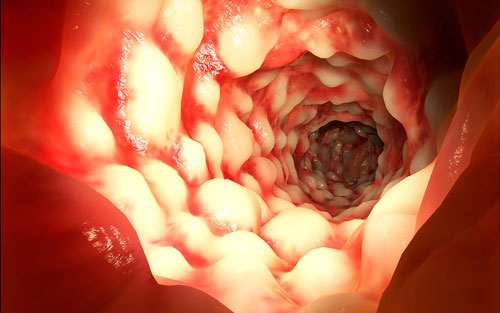 Impaired expression of the MDR1 gene has been shown to cause overactivity in a type of immune cell, leading to intestinal inflammation, and could be responsible for some cases of Crohn’s disease.

Mark Sundrud and colleagues on the Florida campus of The Scripps Research Institute (TSRI) have been investigating TH17 immune cells and how they function in different environments around the body. They hope that their latest work, published in the journal Immunity, will spur the development of more personalised medicines.

“We need therapeutic strategies that specifically target chronic inflammation in the gut, skin or other tissues,” said Dr Sundrud, “instead of just generally suppressing the entire immune system.”

TH17 immune cells protect many types of tissues from infection, but they can also promote chronic inflammatory conditions like Crohn’s disease which specifically affect the intestinal tract. MDR1 is normally responsible for protecting TH17 cells in the gut from bile acids in the ileum.

Using genetically engineered mice, the researchers found that MDR1 expression increases when TH17 cells enter the ileum. But, in mice where the gene could not be activated in the gut, TH17 cells that were exposed to bile acids suffered severe oxidative stress. This stress caused the TH17 cells to become overactive, leading to Crohn’s disease-like intestinal inflammation in mice.

Using bile acid sequestrants, an FDA-approved class of drugs used in transplant patients that absorb bile acids like a sponge, scientists were able to restore normal T cell function in the ileum and attenuate Crohn’s disease in mice. To establish the relevance of their findings, the team tested blood samples from healthy humans, as well as those with a variety of inflammatory bowel diseases, including Crohn’s. They found a subset of patients with ileal Crohn’s disease had severely impaired MDR1 expression.

Not only does this suggest that the cause of Crohn’s disease in these patients may be oxidative stress due to dysfunctional MDR1, but that for the subset of patients with this dysfunction, bile acid sequestrants may be an effective treatment. Together with his collaborators, Sundrud hopes to fund a clinical study to test exactly that.