A study has laid the groundwork for the use of PD-1 inhibitors with an aggressive form of brain cancer, namely supratentorial pediatric ependymoma. 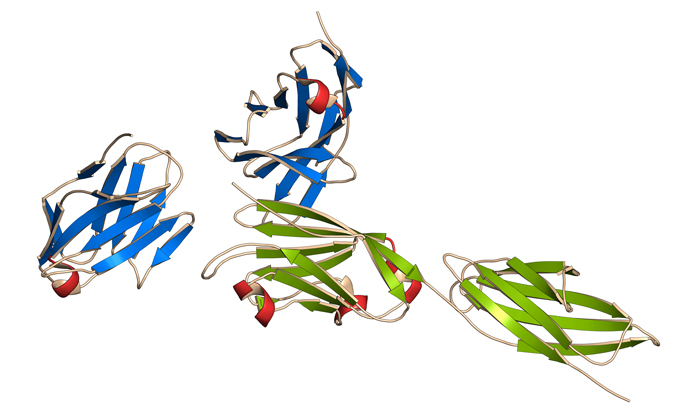 One type of immunotherapy removes a genetic blindfold that cancer uses to hide from the immune system. These ‘PD-1 inhibitors’, including drugs like pembrolizumab, nivolumab and atezolizumab, have proven useful and have even in some cases revolutionised the treatment of common adult cancers ranging from melanoma, to lung cancer, to kidney cancer and more. Now PD-1 inhibitors are entering clinical trials to treat childhood cancers.

The University of Colorado Cancer Center study is published in the journal Pediatric Blood Cancers.

“This is a tumour with poor prognosis. Overall, pediatric cancers have a nearly 90% survival rate. But only 60% of patients with the most common form of supratentorial ependymoma will be alive five years after diagnosis,” says study senior author, Andrea Griesinger, MS, senior professional research assistant in the lab of Nick Foreman, MD, CU Cancer Center investigator and Seebaum/Tschetter Chair of Pediatric Neuro-Oncology at Children’s Hospital Colorado.

The tumour, which occurs in the upper part of the brain, namely the cerebral hemisphere, has two common genetic causes. The current study focuses on those tumours driven by changes to the gene RELA. When this gene improperly fuses with a partner gene, the resulting protein amplifies the action of a cancer-causing cascade of signals through a network called NF- B, which is implicated in many cancer types.

“RELA-fusion hasn’t been found in other cancer types. But NF- B amplification by other means is fairly common in cancer. RELA-fusion is another way to amplify NF- B, which causes this cancer,” says Davis Witt, MS, professional research assistant in the Foreman lab and the paper’s first author.

However, just as these supratentorial RELA-fusion pediatric ependymomas have genetic features that drive their growth, Witt, Griesinger and colleagues show that these tumours have a feature that may be a kind of Achilles’ heel that allows them to be killed. Specifically, the study shows that unlike other variations of pediatric ependymoma, the tumours driven by RELA-fusion coat themselves in the protein PD-L1. This PD-L1 on the surface of cancer cells interacts with the protein PD-1 on immune system T cells to inactivate T cells against cancer cells. It’s as if PD-L1 is cancer’s ‘white flag’ that is seen by PD-1 ‘eyes’ on immune system T cells. PD-1 inhibitors block the interaction between PD-L1 and PD-1, and thus nix cancer cells’ ability to turn off the immune system.

The study required the unique resource of pediatric ependymoma cells lines, created for the first time in the Foreman lab.

“A major hurdle in ependymoma research has been a lack of cell lines and animal models. Over the last five years, we’ve been actively developing these cell lines that allow us to examine the biologic features of this disease. Just last week we were finally able to use these cells lines to develop an animal model of the disease, which will allow us to test likely treatments, in this case possibly anti-PD-1 drugs,” says Griesinger.

In fact, a clinical trial of the anti-PD-1 drug nivolumab recently opened to treat pediatric brain tumours. In early-phase clinical trials, investigators expect that some patients will benefit while others will not. The current study may hint at which pediatric brain cancer patients are most likely to see benefit from nivolumab or other anti-PD-L1 drugs, namely patients with these supratentorial RELA-fusion pediatric ependymomas that use PD-L1 so extensively.

“It’s almost like we’re backfilling the science behind this trial and providing information to use when designing future trials,” Witt says. “If the trial doesn’t work, we could go back and say ‘hey, we just picked the wrong tumour,’ and perhaps focus on this subtype of pediatric brain cancer that, according to the science, should be especially susceptible to PD-1 inhibitors.”

Now that early cell studies have proved promising, Witt, Griesinger and other members of the Foreman lab plan to continue exploring the use of PD-1 inhibitors against supratentorial RELA-fusion pediatric ependymomas. This will include drug testing against cell lines and the development of ‘humanised’ mouse models in which animals with this type of tumour are engineered to hold a version of the human immune system, allowing investigators to evaluate human-like immune responses against the cancer.

“This RELA-fusion subgroup is uniquely expressing high levels of PD-1. At this point, we’re all very hopeful this means these tumours will be susceptible to anti-PD-1 drugs,” Witt says.