Experimental activation of a small set of nerve cells in the brain prevents convulsive seizures in a mouse model of temporal lobe epilepsy. 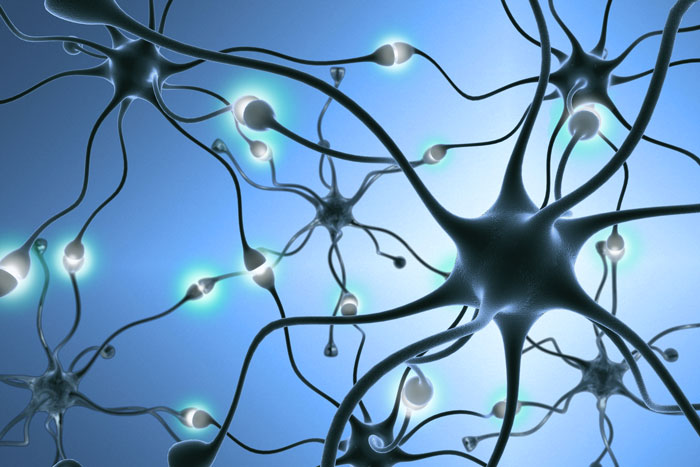 This is according to a new study by researchers at the Stanford University School of Medicine.

In contrast, inactivating these cells, known to neuroscientists as mossy cells, facilitates the spread throughout the brain of the electrical hyperactivity initially localised at a seizure’s onset, causing the full-blown behavioural symptoms of temporal lobe epilepsy.

Epilepsy affects 65 million people worldwide, with 150,000 new cases diagnosed annually in the United States alone. Three out of five of those affected suffer from temporal lobe epilepsy. Progressive loss of mossy cells is a hallmark of this disorder.

Mossy cells are known to be damaged easily as a result of head trauma and decreased blood supply. Such brain injuries, in turn, increase the risk for temporal lobe epilepsy.

The role of mossy cells in epilepsy has perplexed neuroscientists for a couple of decades. The Stanford study, published in Science, offers an explanation. And it points to an entirely new entry point for developing drugs that could bring therapeutic relief to people with chronic, drug-resistant epilepsy, a debilitating condition that not only circumscribes patients’ lifestyles and occupational options but predisposes them to depression, anxiety and early death.

“It should, in principle, be possible to develop targeted therapies directed at mossy cells to control both seizures and the resulting cognitive deficits,” said Ivan Soltesz, PhD, professor and vice chair of neurosurgery and the senior author of the study.

“This would be great, because the 20 or more compounds now approved for treating patients fail 30 to 40 per cent of the time.”

An electrical storm in the brain

Epileptic seizures are sometimes described as an electrical storm in the brain. These storms typically begin at a single spot in the brain, called the focus, where nerve cells – for reasons that remain unclear – begin repeatedly firing in synchrony. All too often they spread from the focus to widespread areas throughout the brain, a process called generalisation. It’s this brain-wide hyperactivity that causes the classic behavioural symptoms of epileptic seizures, such as loss of consciousness, convulsions and disordered thinking.

The exact location of the epileptic focus in the brain varies from individual to individual. In the great majority of patients with temporal lobe epilepsy, the focus lies in the hippocampus, a much-studied, seahorse-shaped midbrain structure that’s crucial to spatial navigation and to encoding new experiences into long-term memory.

Mossy cells, found exclusively in one section of the hippocampus, are few in number, but each connects with tens of thousands of other hippocampal nerve cells. Via these connections, mossy cells can stimulate a multitude of excitatory hippocampal nerve cells, whose output extends to other sections of the hippocampus. But they can also stimulate an opposing class of cells that inhibit these excitatory cells. Whether the net effect of mossy-cell activity is to promote or counter overall output of the excitatory nerve cells has, until now, been an open question.

To answer the question, Soltesz, who holds the James R. Doty Professorship of Neurosurgery and Neurosciences, and his colleagues turned to a mouse model of temporal lobe epilepsy.

The mice the Stanford investigators used were bioengineered so that their mossy cells responded to pulses of light, conveyed to those cells via an implanted optical fiber. Blue light caused mossy cells to fire, while amber light caused them to resist firing. So, by flipping a laser switch, the scientists could activate or inhibit the mice’s mossy cells at will. (This increasingly widespread experimental technique, called optogenetics, is noteworthy for its capacity to target specific sets of nerve cells in order to reveal their function.) The scientists also recorded activity in the hippocampal region where mossy cells reside.

Soltesz, Bui and their colleagues showed that inhibiting mossy cells, while not increasing the frequency of spontaneous episodes of hyperactivity in the focus of the chronically epileptic mice, did lead to a substantial increase in the number of seizures that spread from the focus to larger areas of the brain. Conversely, excitation of mossy cells in these mice diminished the number of generalised, outwardly visible seizures while having no effect, or merely a minor one, on the frequency of purely focal seizures.

In a memory test that gauges a mouse’s recognition of unfamiliar objects, the epileptic mice, despite having lost more than half of their mossy cells, did fine. But they failed another test that assesses their ability to notice when a familiar object has been moved – a gauge of spatial memory, which suffers a decline in chronic temporal lobe epilepsy. When the Stanford scientists also subjected optogenetically engineered but otherwise normal mice to these tests, they did great – until the researchers inhibited their mossy cells, at which point these animals’ spatial recall headed south, too.

“We’ve shown that mossy cells’ role is protective in preventing the spread to other brain regions of seizures that originate in the hippocampus, the dominant focal site for seizures associated with temporal lobe epilepsy,” said Soltesz. “Drugs targeting mossy cells in patients with chronic, drug-resistant cases may someday be able to reduce the incidence of convulsive seizures enough to give patients back some of their lost lifestyles.”

Such interventions might serve as an alternative to demanding surgical procedures now employed to excise the seizure focus from patients’ brains, Soltesz said.