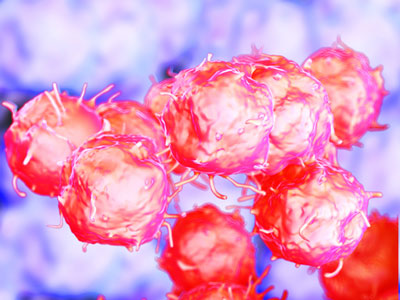 The team of scientists isolated and characterised this progenitor cell from mouse and human lungs and demonstrated that it is essential to repairing lung tissue damaged by severe influenza and other respiratory ailments.

The development of the lung represents an evolutionary adaption to life on land. Their complex structure makes them a difficult – albeit interesting – organ to study from a regenerative medicine perspective, which is a compelling area of work given that lung disease is one of the leading causes of death in the world, surpassed only by cardiovascular disease and cancer.

Commenting on where he began his research, Morrisey said: “One of the most important places to better understand lung regeneration is in the alveoli, the tiny niches within the lung where oxygen is taken up by the blood and carbon dioxide is exhaled.

To better understand these delicate structures, we have been mapping the different types of cells within the alveoli. Understanding cell-cell interactions should help us discover new players and molecular pathways to target for future therapies.”

The study examined the epithelial cells that line the surfaces of lung gas-exchange alveoli. Their aim was to pinpoint stem cell behaviour that could restore normal respiratory function after severe injury caused by an influenza infection, or in such diseases as chronic obstructive pulmonary disease (COPD). While some organs, such as the intestine, turn over the entire epithelial lining every five days through the activity of a resident stem-cell lineage, organs such as the lung exhibit very slow turnover and contain stem cells that are only activated to regenerate damaged tissue following injury.

The team identified an alveolar epithelial progenitor (AEP) lineage, which is embedded in a larger population of cells called alveolar type 2 cells, or AT2s. These cells generate pulmonary surfactant (a wetting agent), which prevents the lungs from collapsing with every breath.

“AEPs are a stable lineage in the lung and turn over very slowly, but expand rapidly after injury to regenerate the lining of the alveoli and restore gas exchange,” said co-first author Will Zacharias, MD, PhD, a postdoctoral fellow in Morrisey’s lab. David B. Frank, MD, PhD, a pediatric cardiologist at Children’s Hospital of Philadelphia, is the other co-first author.

AEPs exhibit their own distinct suite of genes and contain a unique epigenetic signature. The Morrisey lab used the genomic information gained from mouse AEPs to identify a conserved cell surface protein called TM4SF1 that can be used to isolate AEPs from the human lung. Using this ability to isolate mouse and human AEPs, the team then generated David B. Frank three-dimensional lung organoids.

“From our organoid culture system, we were able to show that AEPs are an evolutionarily conserved alveolar progenitor that represents a new target for human lung regeneration strategies,” Morrisey said.

The team has access to more than 300 lungs through the lung transplant programme headed by Edward Cantu, MD, an Associate Professor of Surgery. For their next study, the team aims to investigate influenza-damaged lung tissue as well as other lung disease models to determine where and when AEPs increase in response to acute lung injury or more chronic disease states.

“We are very excited at this novel finding,” said James P. Kiley, PhD, director of the Division of Lung Diseases at the National Heart, Lung, and Blood Institute, which supported the study.

“Basic studies are fundamental stepping stones to advance our understanding of lung regeneration.

“Furthermore, the NHLBI support of investigators from basic to translational science helps promote collaborations that bring the field closer to regenerative strategies for both acute and chronic lung diseases.”

This research was published in Nature.