The Alzheimer’s Association have published a study wherein a model estimates the lifetime risk of an individual developing Alzheimer’s disease dementia. The risk varies with such factors as age and gender, and crucially takes account of preclinical biological changes. 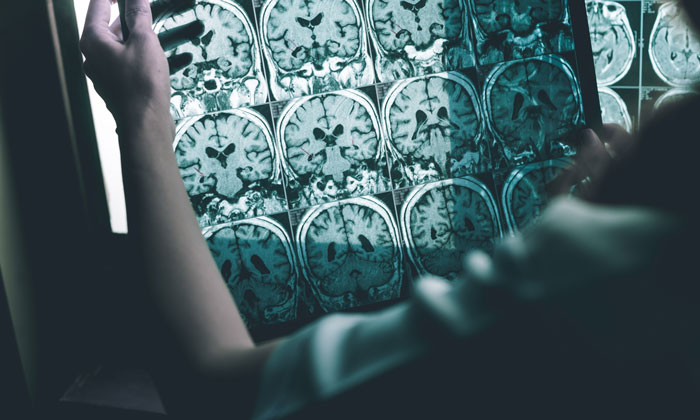 According to the authors, these are the first lifetime risk estimates for Alzheimer’s dementia that account for what are believed to be biological changes in the brain that occur 10 to 20 years before the well-known memory loss and behavioural symptoms appear. These early changes, prior to overt clinical symptoms, are referred to as preclinical Alzheimer’s disease. This designation is currently only for research use until more scientific evidence is produced to determine if it can accurately predict the progression to symptoms.

Commenting on what the assigned risk number can mean, Ron Brookmeyer PhD from the UCLA School of Public Health, Los Angeles, said: “What we found in this research is that people with preclinical Alzheimer’s disease dementia may never experience any clinical symptoms during their lifetimes because of its long and variable preclinical period.  The high mortality rates in elderly populations are also an important factor as individuals are likely to die of other causes.”

That same 65-year-old female with amyloid plaques has a 10-year risk of Alzheimer’s disease dementia of 2.5%. Lifetime risks for females are generally higher than males because they live longer. Brookmeyer and his co-author Nada Abdalla MS, also of UCLA, state that the lifetime and 10-year risks provide an indication of the potential that someone will develop Alzheimer’s disease dementia based on their age and screenings for amyloid deposits, neurodegeneration and presence or absence of MCI or any combination of those three. For men and women, having the combination of all three puts them at the highest risk of developing Alzheimer’s disease.

“Just as there are risk predictors for whether you might have a heart attack, it will be important in the future to measure the likelihood that someone will develop Alzheimer’s disease,” said Maria Carrillo PhD, Alzheimer’s Association chief science officer.

“In the future, when treatments are available, this would be helpful, especially for people in the stages before the clinical symptoms appear. For example, those people with the highest 10-year risk of getting Alzheimer’s dementia would be high priority to volunteer for clinical trials evaluating Alzheimer’s medications or other therapies.”

After reviewing the existing scientific literature, including some of the largest longitudinal studies available that have measured biomarkers with data from thousands of people (such as The Mayo Clinic Study of Aging), the authors created a computerised mathematical model to ascertain how likely a person would progress in the continuum of the disease. They based their calculations on the transition rates from the published studies and from U.S. death rates data based on age and gender. They acknowledge that future studies looking at transition rates need to be in ethnically diverse populations, and must also consider whether genetic variants such as the Apolipoprotein E (APOE) type 4, which puts people at much higher likelihood of developing Alzheimer’s disease, would affect the lifetime risk estimates. Furthermore, future studies will need to be based on research that is more conclusive than the current scientific literature about risk in relation to early biomarkers, like presence of amyloid, decades before symptoms appear.

“There are still many things to consider when assessing the value of screening people for Alzheimer’s disease biomarkers. Lifetime risks will help in formulating screening guidelines to identify those who would be most helped by screening, especially in the preclinical stage,” the authors concluded.

The model used in this study differs from the recently announced NIA-AA Research Framework Towards a Biological Definition of Alzheimer’s Disease. Under the framework, if a person does not have amyloid plaques, then they do not have Alzheimer’s pathology. Amyloid is one of the biomarkers along with tau tangles considered to be hallmark of Alzheimer’s disease. In this model, two of the states of progression (state 3, which is neurodegeneration alone and state 6, which is MCI and neurodegeneration alone) do not include amyloid and would not be considered Alzheimer’s under the research framework.

This study was published by Alzheimer’s & Dementia.