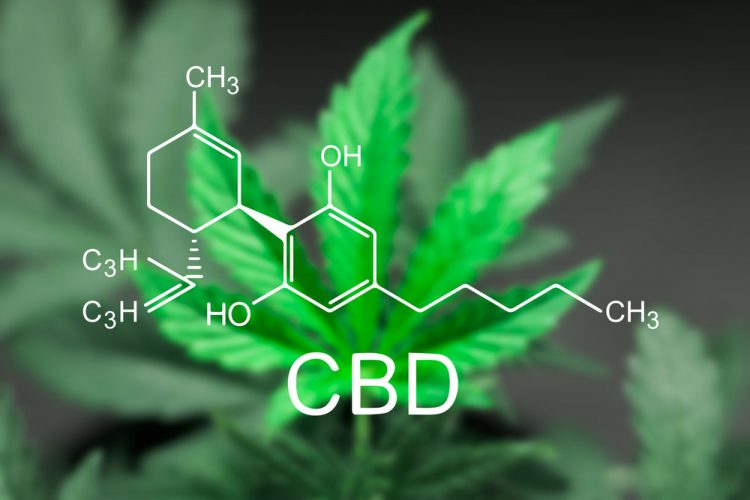 Commercial antidepressants typically take two to four weeks to have a significant effect on a depressed patient. They are also ineffective in approximately 40% of the cases. Finding new drugs for depression that are fast-acting and have more lasting effects is the goal of research conducted by Brazilian scientists in São Paulo State in collaboration with Danish colleagues.

Their study found that a single dose of cannabidiol in rats with symptoms of depression was highly effective, eliminating the symptoms on the same day and maintaining the beneficial effects for a week.

The findings reinforce those of prior research showing that cannabidiol, a component of Cannabis sativa, the plant most commonly used to make marijuana, has promising therapeutic potential in the treatment of broad-spectrum depression in preclinical and human models.

The first author is Amanda Juliana Sales, who has a PhD scholarship from the São Paulo Research Foundation – FAPESP. The research itself was supported by FAPESP via a Thematic Project, by Brazil’s National Council for Scientific and Technological Development (CNPq), and by Denmark’s Aarhus University Research Foundation.

FAPESP Thematic Project coordinator Francisco Silveira Guimarães, who is also a Professor at the University of São Paulo’s Ribeirão Preto Medical School (FMRP-USP), stresses that cannabidiol produces neither dependence nor psychotropic effects, despite being extracted from the marijuana plant. “The main psychoactive component of marijuana is tetrahydrocannabinol, known as THC. Cannabidiol, on the contrary, blocks some of the effects of THC,” he said.

The researchers performed tests using rat and mouse lines selected by cross-breeding to develop symptoms of depression. The tests and behavioral analysis involved a total of 367 animals.

Five tests were performed altogether. “We submitted the animals to situations of stress such as the forced swimming test,” said Sâmia Regiane Lourenço Joca, a Professor in the University of São Paulo’s Ribeirão Preto School of Pharmaceutical Sciences (FCFRP-USP) in Brazil., who is also a visiting Professor at Aarhus University.

Before the test, some of the animals were given an injection of cannabidiol with doses of 7, 10 and 30 mg/kg in saline solution, and the rest, which were the control group, received only saline.

“The water depth is calculated to force them to swim by preventing them from touching the bottom with their feet or tails. They learn to float after swimming for a short time. They remain practically immobile while floating, merely keeping their heads above water to avoid drowning. This floating behaviour, when they stop swimming, is classified as immobility,” said the FAPESP-supported researcher.

“The forced swim test is used to measure the effect of antidepressant drugs because all known antidepressants shorten the duration of immobility and hence lengthen swim time. A reduction in immobility time in this test is interpreted as ‘antidepressant-like’ behaviour.”

The researchers found that cannabidiol induced acute and sustained antidepressant-like effects in mice submitted to the forced swim test.

“However, to make sure this result isn’t due to the increase in movement caused by a psychostimulant effect leading the animals to swim more vigorously, for example, we performed a separate test to control for locomotor activity,” Prof Joca explained.

“To do this we used the open-field test, which consists of putting the animal in a novel arena and letting it explore the new environment freely while its locomotor and exploratory activity is recorded. A drug is said to have potential antidepressant effects if it reduces immobility time and increases swim time in the forced swim test without increasing locomotor activity in the open-field test, showing that the effects observed in the forced swim test aren’t secondary to nonspecific alterations in locomotor activity.”

The conclusion was that the effects of treatment with cannabidiol were fast-acting and sustained, persisting for up to seven days after a single dose was administered to animals belonging to different models of depression (including a stress model and a genetic susceptibility model).

Seven days after treatment, the researchers observed a rise in the number of synaptic proteins in the prefrontal cortex, which is closely linked to depression in humans. “In light of this finding, we believe cannabidiol rapidly triggers neuroplastic mechanisms that help repair the neuronal circuitry that gets damaged in depression,” Prof Joca said.

“When we studied the mechanisms involved in these effects, we found that treatment with cannabidiol induces a rapid rise in levels of brain-derived neurotrophic factor, or BDNF, a neurotrophin that plays a key role in neuronal survival and neurogenesis, the formation of new neurons in the brain,” Prof Joca said. “We also observed an increase in synaptogenesis in the prefrontal cortex of these animals.” Synaptogenesis is the formation of synapses between neurons in the central nervous system.

The beneficial action of cannabidiol is not limited to the prefrontal cortex, however. “In a separate study, we showed that the effects of cannabidiol also involve neuroplastic mechanisms in the hippocampus, another structure involved in the neurobiology of depression,” noted the FAPESP-funded researcher.

According to Prof Joca, if studies in humans also find cannabidiol to be beneficial in treating depression, given that cannabidiol is already used in humans to treat other diseases or disorders, “they could result in an important advance in the treatment of depression, potentially helping patients who suffer for weeks, often with a risk of suicide, until the treatment starts working.”

The researchers are currently investigating other mechanisms involved in the effects of cannabidiol, as well as its efficacy in animal models of resistance to conventional treatment.

“For example, we’re studying whether cannabidiol would also be effective in patients who don’t respond to conventional therapy and whether combining it with antidepressants would improve their symptoms. Indeed, we’ve just published another paper in the journal Progress in Neuro-Psychopharmacology and Biological Psychiatry, showing that treatment with cannabidiol facilitates serotonergic neurotransmission in the central nervous system and that combining it with low doses of selective serotonin reuptake inhibitor antidepressant drugs, or SSRIs, such as fluoxetine induces a significant antidepressant effect,” Joca said.

“So there’s a possibility that combining cannabidiol with SSRIs might allow the latter to be used in lower doses, perhaps reducing their adverse side-effects while maintaining the therapeutic effect of higher doses.”

According to the authors, therefore, cannabidiol may not only be a faster-acting antidepressant than conventional drugs but also improve the response to such drugs when taken in combination with them.

“Our evidence suggests these effects occur by inducing neuroplastic alterations in the prefrontal cortex and hippocampus, which are brain structures involved in the development of depression. Because cannabidiol is used in humans to treat other conditions, we believe it can also be studied in humans for the treatment of depression in the near future,” Prof Joca said.

The results have been published in an article in the journal Molecular Neurobiology.