Scientists in the U.S. have developed molecules, termed cyclic peptoids, that block the action of genes that drive the growth of therapy-resistant prostate cancer, according to a new study. 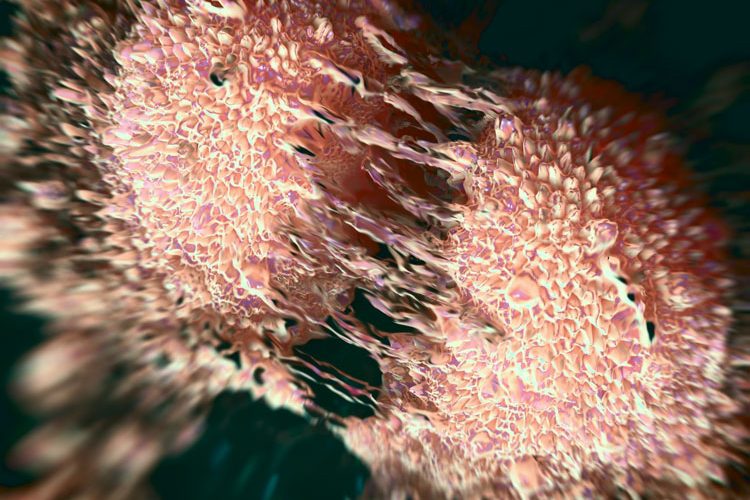 Commenting on their novel approach to their research, Susan Logan PhD, associate professor in the Department of Urology at NYU School of Medicine, said: “Rather than continue making compounds that are just like older drugs, the focus of our work has been to rethink the definition of what a drug-like molecule can be.”

A joint research team from the School of Medicine and New York University found that their “cyclic peptoids” reduced the growth of prostate cancer cells in cultures by 95 percent compared to untreated cells. The experimental drugs also blocked a key, related growth signal in live animal tests.

“We designed our peptoids specifically to hit targets that are currently ‘undruggable’ such as those causing treatment-resistant prostate cancer,” adds co-senior author Kent Kirshenbaum PhD, professor in the Department of Chemistry at New York University.

According to the team’s report, the cyclic peptoids blocked growth by interfering with the interaction between the protein beta catenin and T-Cell Factor (TCF) transcription factors – proteins that switch on the genes that cause cells to multiply. Although those same genes are critical for early development of prostate tissue, this gene activity scales down in adulthood, unless changes re-activate it, which can lead to cancer.

Unlike many existing drugs, the new compounds do not target androgen hormonal signals that are known to encourage prostate cancer. Most patients treated with anti-androgen drugs see their cancer growth resume within months, so the field has sought additional therapeutic strategies. Many efforts have focused on abnormal Wnt protein signals that occur in 20 percent of the most treatment-resistant prostate tumours, but none have made it to the clinic.

Wnts can cause the buildup of the protein β-catenin in cell nuclei, where it turns on genes. Leading up to the new study, the research team had spent years designing a new class of rugged, adjustable, protein-like compounds called peptoids that are just large enough to engage with the broad, flat surfaces used by beta catenin to interact with TCFs.

The researchers knew their compound must be engineered, not only to include the right chemical components, but also to fold into a desired 3D form. The researchers “stapled” together the ends of a linear peptoid molecule to form a loop-like structure. This form resembled the protein hairpins that TCFs depend on to interact with beta catenin. The stapling stiffened the peptoid such that it could occupy and block the docking site that TCFs would otherwise use.

A new generation of computer simulation tools enabled the team to see at an early stage how drug candidates might fit into their protein target. After this virtual testing, the team synthesised the compounds for experiments in nutrient-filled, artificial environments called spheroids, where cancer cells grow in three dimensions (more lifelike than in 2D petri dish cultures).

The researchers also wanted to show that their lead compound could block beta catenin signals in a live animal. They chose zebrafish, in which rare genetic changes allow beta catenin to build up and prevents eyes from forming. In repeated experiments in fish with such mutations, the team found that their looping peptoids – by blocking over-active beta catenin:TCF interactions similar to those affecting human prostate cancer – rescued eye development.

Furthermore, the treatment showed no toxicity in zebrafish at the approximate equivalent of a dose that may work clinically in humans. Moving forward, the team will test their peptoids on human prostate cancer cells grown in mice. In addition, tests are planned to see if the compound can block the β-catenin:TCF interactions known to encourage growth in colon and breast cancers.

The study was reported in Nature Communications.