Vaccine signatures point to a better understanding of infectious diseases 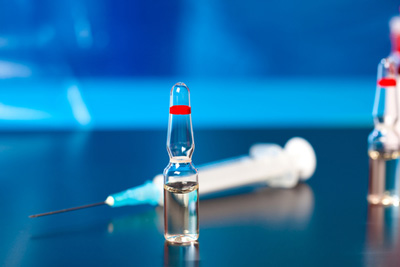 Infectious diseases kill millions of people each year, but the search for treatments is hampered by the fact that laboratory mice are not susceptible to some human viruses, including killers like human immunodeficiency virus (HIV). For decades, researchers have turned to mice whose immune systems have been “humanised” to respond in a manner similar to humans.

Now a team at Princeton University has developed a comprehensive way to evaluate how immune responses of humanised mice measure up to actual humans. The research team looked at the mouse and human immune responses to one of the strongest vaccines known, a yellow fever vaccine called YFV-17D. The comparison of these “vaccine signatures” showed that a newly developed humanised mouse developed at Princeton shares significant immune-system responses with humans.

“Understanding immune responses to human pathogens and potential vaccines remains challenging due to differences in the way our human immune system responds to stimuli, as compared to for example that of conventional mice, rats or other animals,” said Alexander Ploss, Associate Professor of molecular biology at Princeton University. “Until now a rigorous method for testing the functionality of the human immune system in such a model has been missing. Our study highlights an experimental paradigm to address this gap.”

Humanised mice have been used in infectious disease research since the late 1980s. Yet without rigorous comparisons, researchers know little about how well the mice predict human responses such as the production of infection-fighting cells and antibodies.

To address this issue, researchers exposed the mice to the YFV-17D vaccine, which is made from a weakened, or attenuated, living yellow fever virus. Vaccines protect against future infection by provoking the production of antibodies and immune-system cells.

In previous work, the researchers explored the effect of YFV-17D on conventional humanised mice. But the researchers found that the mice responded only weakly. This led them to develop a mouse with responses that are more similar to those of humans.

To do so, the researchers introduced additional human genes for immune system components — such as molecules that detect foreign invaders and chemical messengers called cytokines — so that the complexity of the engrafted human immune system reflected that of humans. They found that the new mice have responses to YFV-17D that are very similar to the responses seen in humans. For example, the pattern of gene expression that occurs in response to YFV-17D in the mice shared significant similarities to that of humans. This signature gene expression pattern, reflected in the “transcriptome,” or total readout of all of the genes of the organism, translated into better control of the yellow fever virus infection and to immune responses that were more specific to yellow fever.

“Our study highlights the importance of human biological signatures for guiding the development of mouse models of disease,” said Prof Ploss. “It also highlights a path toward developing better models for human immune responses.”