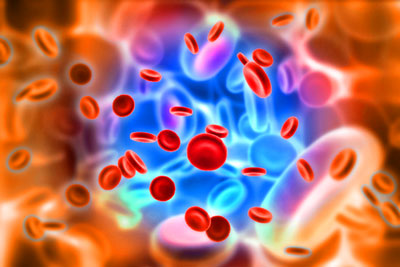 “Our data show that Cytori Cell Therapy acts at the cellular and molecular level to modulate different phases of wound healing, thereby accelerating wound closure in clinically relevant large animal models. Treatment led to increased angiogenesis blood vessel maturation and deposition of collagen matrix which, along with accelerated epithelialization, led to faster repair” said Dr John Fraser, Chief Scientist of Cytori Therapeutics. “These data are consistent with our prior studies with cells derived from adipose tissue in situations involving ischemia inflammation and fibrosis.”

The first presentation entitled “Autologous Adipose-Derived Regenerative Cells (ADRCs) Enhance Wound Healing in a Minipig Model of Concomitant Radiation and Thermal Burn Injury” establishes in a preclinical model that Cytori Cell Therapy may be a safe and effective means for improving burn wound healing in the context of concomitant radiation exposure. This model comprises radiation exposure sufficient to damage the bone marrow combined with full thickness burn injury. This is the first reported large animal model reflecting the clinical situation of patients exposed to both thermal and radiation injury following detonation of an improvised nuclear device.

Results demonstrate that delivery of Cytori Cell Therapy accelerated wound healing with an average 67% increase in blood vessel density 30% increase in matrix (collagen) deposition and a 3.5-fold increase in epithelialization two weeks after treatment (compared with control wounds). In addition molecular analysis demonstrated a 4-fold increase in E-cadherin expression (a marker of epithelialization) in cell-treated wounds. Importantly similar results were observed when the product was injected directly into the wound or using a modified formulation by intravenous administration.

Dr Dunstana Melo, Director of the Centre for Countermeasures Against Radiation at Lovelace Respiratory Research Institute (LRRI), noted that “The knowledge obtained with the referred model will accelerate the assessment of new medical countermeasures to be deployed following a mass-casualty event involving detonation of an Improvised Nuclear Device”.

In addition to these improvements in wound healing parameters, addition of the cell therapy product to the scaffold did not impair the ability of the scaffold to resist wound contraction. Wound contraction is a precursor to the development of a burn scar. One of the functions of the collagen scaffold is to resist contraction. The data showed no relevant difference in wound contraction between treated and untreated wounds which can be considered supportive of the safety of the cell product. These data demonstrate that the delivery of the cell therapy product along with skin substitutes creates the potential for earlier application of autologous skin grafts thereby reducing patient hospitalisation recovery time and outcome following severe thermal burn.