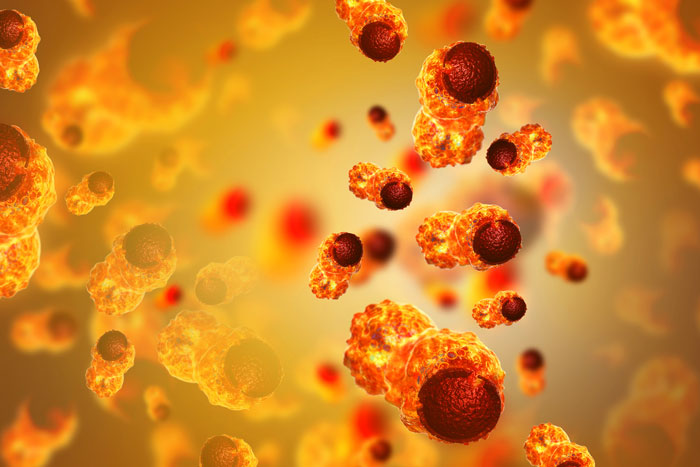 Researchers have identified elevated levels of a protein called ubiquilin-4 as a new biomarker for genome instability. Genome instability can lead to genetic disorders, chronic diseases and a predisposition to cancer. The study finds that ubiquilin-4 takes part in defending the genome from DNA damage, but too much ubiquilin-4 is harmful. When the amount of ubiquilin-4 rises in tumour cells, the cells become more prone to genome instability, accelerating the tumour’s progression and making it resistant to commonly used cancer treatments.

The study led by Professor Yossi Shiloh of the Department of Human Molecular Genetics and Biochemistry at TAU’s Sackler School of Medicine, in close collaboration with Professor Christian Reinhardt of University Hospital Cologne and the University of Cologne. Research for the study was carried out in Tel Aviv by Dr Ron Jachimowicz, now at the University Hospital of Cologne, and Dr. Yael Ziv and PhD student Bhavana Velpula, both of TAU. Dr Dave Hoon of the John Wayne Cancer Institute in Santa Monica, CA, also contributed to the research.

“This novel biomarker provides new, critical information about the tumour stage and grade, as well as the patient’s chances of responding to treatment,” says Prof. Shiloh. “Tumours with high levels of ubiquilin-4 may be more resistant to radiation and some chemotherapies than those with normal levels of this protein. But the good news is that they may also respond better to other types of cancer therapy. Obviously, this is vital information for clinicians and patients.

“The importance of maintaining genome stability and integrity has been demonstrated through the study of rare genetic disorders,” Prof Shiloh continues. “But genome stability has now become a public health issue. There are so many proteins involved in responding to DNA damage, and behind every protein is a different gene. There are infinite ways in which a gene can mutate. Various combinations of these mutations may lead to chronic diseases and a predisposition to cancer, premature ageing and other conditions. Genome stability is everyone’s problem.”

According to the new research, the body’s DNA damage response is key to maintaining genome stability in the face of the constant onslaught of damaging agents. The response is composed of a broad, fine-tuned signalling network involving a standing army of proteins fully dedicated to this mission, as well as reserve proteins recruited temporarily to help resolve genome integrity.

In 1995, the Shiloh lab discovered the gene encoding of one of the major sentries at the gate of genome stability — the protein ataxia-telangiectasia mutated (ATM). The finding was met with great fanfare. It concluded a long effort to identify the gene mutated in a severe genome instability syndrome, ataxia-telangiectasia (A-T).

But ATM also plays a critical role in the body’s DNA damage response, mobilising an extensive signalling network in response to tears in the long DNA molecule. It causes subtle chemical modifications in many proteins, which temporarily render them reserve proteins and recruits them away from their regular duties to carry out damage control.

“We are constantly searching for new reserve proteins that respond to ATM’s call,” Prof Shiloh says. “Our new study shows that, like many other proteins, ubiquilin-4 is modified by ATM, and for several hours it serves the ATM-governed system.”

The researchers, in collaboration with Prof. Dagmar Wieczorek of the Institute of Human Genetics at Heinrich-Heine-University in Düsseldorf, also discovered that the deficiency of ubiquilin-4 alone can lead to yet another rare genome instability syndrome.

“We hope our findings will provide a new tool for tumour classification, prognosis and treatment design,” Prof. Shiloh concludes. “The research highlights the broader implications of the importance of genome stability for our health.”