The key to greater efficacy in cancer treatment? 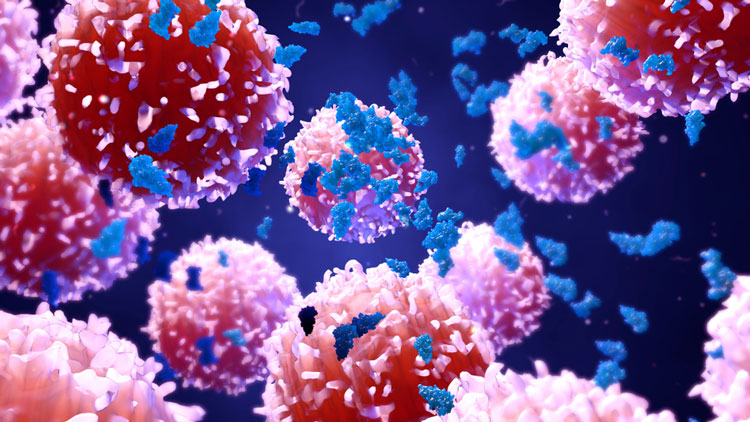 Researchers have discovered a new clue in explaining how cancer cells with identical genomes can respond differently to the same therapy. In a Nature Communications paper published on 21st March 2019, researchers reveal for the first time that the number of mitochondria in a cell is, in great part, associated with how the cancer responds to drug therapy.

Cancer is the second-leading cause of mortality worldwide, with approximately one in six deaths across the globe attributed to the disease. While treatments for cancer continue to improve as technology advances, researchers and clinicians have been unsuccessful in explaining the diversity of responses in cancer cells to treatments of oncological disease.

In many cases, cancer cells with matching genetic makeup will respond differently to the same treatment. Mount Sinai and IBM researchers combined computational and biological methods to uncover a clue to this behaviour.

Cells die when met with bacteria, malnourishment, or viruses. Our bodies also eliminate billions of cells each day – a process known as “programmed cell death” or apoptosis – to promote normal function. Mitochondria, often referred to as the powerhouse of the cell because of their ability to produce cellular energy, can also act as a catalyst in the activation of programmed cell death, and certain anti-cancer drugs work by activating this process.

This function encouraged researchers to explore the hypothesis that cancer cells with identical genetic makeup, but different quantities of mitochondria, may have varying susceptibility to death if exposed to the same drugs that promote apoptosis.

In exposing various types of cells to six concentrations of a pro-apoptotic drug and measuring the abundance of mitochondria within the surviving cells, the researchers discovered that surviving cells had a greater amount of mitochondria than untreated cells. This strongly suggests that cells with fewer mitochondria are more likely to respond to certain drug treatments.

To analyse this data, researchers used a mathematical framework called DEPICTIVE (an acronym for DEtermining Parameter Influence on Cell-to-cell variability Through the Inference of Variance Explained) to quantify variability in the survival or death of cells due to mitochondrial abundance. Overall, the framework determined that the variability of mitochondria explained up to 30 percent of the varying responses to the pro-apoptotic drug.

“Enhancing our understanding of the relationship between mitochondria variability and drug response may lead to more effective targeted cancer treatments, allowing us to find new ways to tackle the problem of drug resistance,” said Pablo Meyer, PhD, Adjunct Assistant Professor of Genetics and Genomic Sciences, Icahn School of Medicine at Mount Sinai, Team Leader of Translational Systems Biology at IBM Research, and co-corresponding author of the publication. “The outcomes of this study were truly multidisciplinary, and only made possible by the strong scientific collaboration established between Mount Sinai and IBM.”