Researchers have found two biomarkers which play a significant role in the invasion of tumours by T-cells. 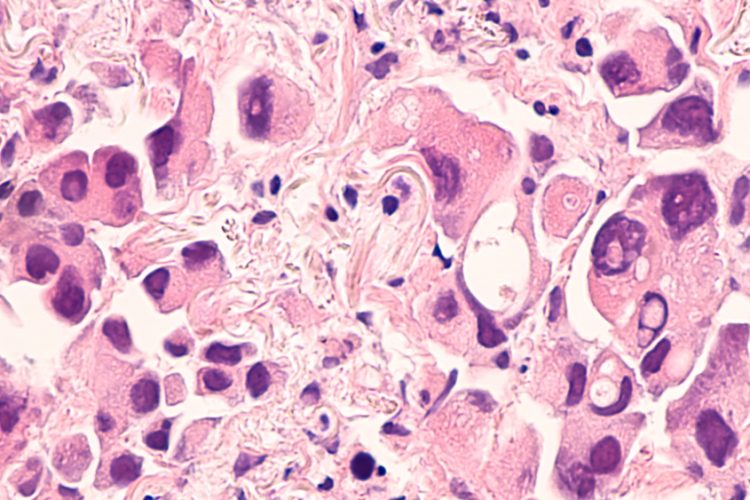 A team at Ludwig Cancer Research report they have deciphered a complex molecular relationship between cancer and immune cells. The discoveries show the vital role T-cells play in the successful invasion of tumours that kill cancer cells. The findings can be used to inform the design of novel cell-based and other immunotherapies for cancer.

The researchers found that two important chemokines, CCL5 and CXCL9, are involved in T-cell infiltration across all solid tumours.

Dr George Coukos, who directs the Lausanne Branch of the Ludwig Institute for Cancer Research and led the study, said: “Their simultaneous presence in tumours is a key requirement for the engraftment of T-cells and the establishment of a T-cell-inflamed tumour.”

The team found that CCL5 and CXCL9 are consistently associated with CD8+ T-cell infiltration of solid tumours. The CD8+ T-cells have previously been found to destroy infected and cancerous cells. They observed that CCL5 is expressed by cancer cells, while CXCL9 is produced by myeloid immune cells such as macrophages and dendritic cells.

When cancer cells reduce their production of CCL5, CXCL9 expression reduced as well. This causes the progressive depletion of CD8+ T-cells in tumours.

The loss of CCL5 expression correlates with a chemical modification to DNA which inhibits the expression of targeted genes. The epigenetic silencing of CCL5 is an adaptive mechanism by which tumours escape immune attack.

CD8+ T-cells are attracted to CCL5 and when they are near the tumour, they are activated by cancer antigens. They release a signalling protein called interferon gamma (IFN-γ). This causes macrophages and dendritic cells congregated at the tumour to secrete CXCL9 which then boosts the infiltration of the tumour by circulating T-cells.

“CCL5 is the key chemokine determining whether a tumour will be T-cell inflamed,” Coukos said. “However, CCL5 expression alone is not sufficient and CXCL9 is a major amplifier of T-cell recruitment.”

The findings suggest that CCL5 and CXCL9 can be useful biomarkers for immunotherapy. They can help to identify patients whose tumours are infiltrated by activated T-cells and are therefore more likely to be susceptible to immunotherapies like anti-PD1 antibodies.