Countering previously held beliefs, researchers have discovered that inhibiting TLR4 may not be a wise treatment strategy in all cancers… 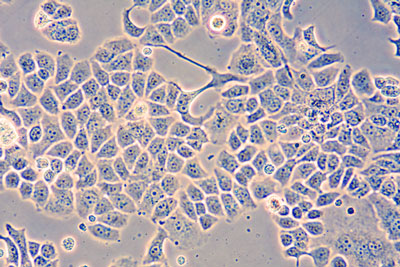 Countering previously held beliefs, researchers at The University of Texas MD Anderson Cancer Centre have discovered that inhibiting the immune receptor protein TLR4 may not be a wise treatment strategy in all cancers.

This is because TLR4 can either promote or inhibit breast cancer cell growth depending on mutations in a gene called TP53.

The TLR4 (Toll-like receptor 4) protein appears to be a promising target for immune-based therapeutic options and is the focus of many drugs currently in development. As TLR4 was previously thought to be an oncogene, or promoter of tumour growth, these drugs would aim to block its activity and kill cancer cells.

However, new research reports that the growth-promoting functions of TLR4 are dependent on the activity of TP53 (Tumour Protein p53), a well-known suppressor of tumour growth.

“This study demonstrated that while TLR4 can function as an oncogene in some breast cancer cells, it acts as a growth suppressor in cases where TP53 is wild-type,” says Powel Brown, M.D., Ph.D., professor and chair, Clinical Cancer Prevention. “Therefore, it may be dangerous to inhibit TLR4 in those cases as you may actually promote cancer growth.”

TLR4 was identified as a frequently mutated gene by MD Anderson’s Svasti Haricharan, Ph.D., Clinical Cancer Prevention, in a search for potential drivers of a particular subset of breast cancers with poor outcomes. However, Haricharan found that, contrary to expectations for an oncogene, expression of TLR4 was lower in breast cancers compared to normal tissue.

In fact, when comparing survival among breast cancers, Haricharan discovered that better outcomes were associated with a higher expression of TLR4. This is an unexpected result for an oncogene, explains Brown.

In cases with wild-type TP53 mutations, high levels of TLR4 were associated with higher survival rates

Haricharan then examined survival trends associated with TLR4 based on mutations in TP53, which is the most commonly mutated (>50%) gene across all cancer types. In cases with TP53 mutations, high levels of TLR4 were associated with low survival rates, as might be expected. Interestingly, in cases with wild-type TP53, the trends were exactly the opposite.

The TLR4 protein normally functions in immune cells to activate signalling molecules in response to infection, but it can act in a similar manner to regulate cell growth in cancer cells. By manipulating the activity of TLR4 in breast cancer cell lines, Haricharan found that TLR4 inhibits growth in wild-type TP53 cancer cells through production of a specific signalling compound, interferon gamma. Conversely, TLR4 activity in TP53 mutant cells results in production of different signals that stimulate growth.

Importantly, this study discovered that the link between TP53 and TLR4 is not specific to breast cancer. Malignancies with frequent mutation of TP53, such as ovarian serous, head and neck, and bladder cancers, all appear to retain high TLR4 levels. As cancers with TP53 mutations are much more aggressive and difficult to treat, TLR4 represents a broadly valuable target for these patients.

Attention must be paid to the TP53 status of a tumour

“This looks like a promising avenue to develop drugs for the worst kinds of cancers,” says Brown. “However, if we wish to target this immune pathway, we better pay attention to the TP53 status of the tumour.”

A role for TP53 has been connected to the resistance of some cancers to other therapies. Based on these results, the authors suggest the need for further exploration of the balance between the activity of drug targets and that of TP53.

Future work will focus on clarifying which mutations in TP53 are critical for the role of TLR4 in regulating cancer cell growth in order to better understand this complex interaction.

The research is published in the Proceedings of the National Academy of Sciences.