Methotrexate could be repurposed to treat patients with blood cancers

Scientists at the have discovered that a common drug given to arthritis sufferers, Methotrexate, could also help to treat patients with blood cancers… 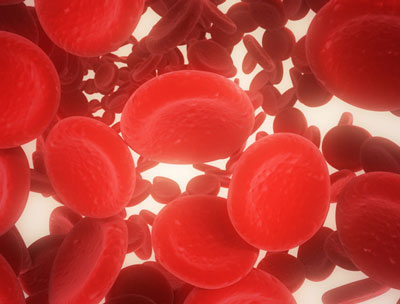 Scientists at the University of Sheffield have discovered that a common drug given to arthritis sufferers could also help to treat patients with blood cancers.

Myeloproliferative neoplasms (MPN) are diagnosed in around 3,300 UK patients every year and cause an overproduction of blood cells creating a significant impact on quality-of-life, with symptoms such as night sweats, itching and tiredness.

MPNs are most often diagnosed in people in their 50s and 60s and currently treatment is limited to aspirin, removal of excess blood and mild chemotherapy. Recently, the drug Ruxolitinib has been developed and has been shown to provide relief, but at a cost of over £40,000 per year per patient, it has not been approved by the National Institute for Health and Care Excellence (NICE).

Dr Martin Zeidler from the University’s Department of Biomedical Science, working together with colleagues from the Department of Haematology at the Royal Hallamshire Hospital, and funded by Cancer Research UK have discovered that Methotrexate can work in the same way. Methotrexate is commonly used at low doses to treat inflammatory diseases including rheumatoid arthritis, Crohn’s disease and psoriasis and has few side effects. It is also used in some cancers at much higher doses where the side effects are substantial and similar to other chemotherapy agents.

Dr Zeidler said, “Given that a year’s course of low-dose Methotrexate costs around £30, the potential to repurpose Methotrexate could provide thousands of patients with a much needed treatment option and also generate substantial savings for health care systems.

“Because Methotrexate is a World Health Organisation ‘Essential Medicine’, this also means that this well understood drug could be used throughout the developing world.”

In this study scientists used cells from the fruit fly Drosophila to screen for small molecules that suppress the signalling pathway central to the development of MPNs in humans. Further testing confirmed this in human cells, even those carrying the mutated gene responsible for MPNs in patients.

Working together with clinical colleagues at the Royal Hallamshire Hospital, Dr Zeidler is now looking to undertake clinical trials to examine the possibility of repurposing low-dose Methotrexate for the treatment of MPNs.

“We have the potential to revolutionise the treatment of this group of chronic diseases – a breakthrough that may ultimately represent a new treatment option able to bring relief to both patients and health funders,” he added.

Nell Barrie, senior science information manager at Cancer Research UK, said, “Finding new uses for existing drugs is a great way to speed up improvements in treatment, as these drugs will have previously been through safety tests. Methotrexate is already used as a chemotherapy drug for several types of cancer, and this early research shows that at much lower doses it could have the potential to help treat certain blood disorders.”

The study findings are published in the journal PLOS ONE.

Finding order in the chaos of cancer mutations