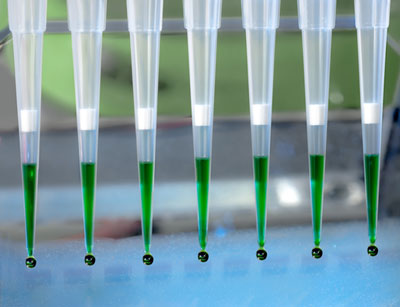 Exciting research demonstrates the effectiveness of a new strategy for protecting humans from infectious disease: adjusting the landscape of the human body to remove the mechanism that allows pathogens to cause disease.

University of Virginia School of Medicine researchers have silenced genes within human cells to induce immunity to the parasite Entamoeba histolytica (E. histolytica), which infects 50 million people and causes 40,000 to 110,000 deaths via severe diarrhoea worldwide each year.

“This amoeba is a cluster bomb – a voracious killer,” said Chelsea Marie, PhD, of the University of Virginia School of Medicine, noting the challenge the researchers faced in blocking the amoeba’s ability to kill human cells. “In the back of my mind I was thinking the parasite was going to decimate the host cells no matter what we did with their genetics.”

The group used RNAi to create a library of bladder cancer cells with thousands of independent, silenced genes. Then they challenged these cultures with E. histolytica. Dan Theodorescu, MD, PhD, formerly of UVA and now director of the University of Colorado Cancer Centre, explained “Commonly, we’re looking for genes that, when silenced, will make cells more susceptible to chemotherapy.” In this case, the analogue of chemotherapy was the infectious, dangerous pathogen.

The researchers found that a small number of cells seemed to resist the parasite E. histolytica. To find out if the silenced genes provided immunity, Marie discarded the dead cells and retested the survivors; again she infected the cells with E. histolytica. “It wasn’t a fluke,” she said. “We did this over nine generations of cells, each time selecting the cells that survived and then re-applying the parasite. Over these generations of selection, we saw the cultures becoming more and more enriched for cells lacking specific genes.”

Using next-generation sequencing, Marie identified the genes that conferred resistance and found that many were involved in managing the flow of potassium into and out of human cells. A follow-up experiment showed that E. histolytica caused intestinal cells to pump out potassium – directly before cell death. “We started to see a pretty clear line of reasoning,” Theodorescu said. “The parasite was causing potassium efflux right before cell death and cells that happened to be unable to transport potassium didn’t die.”

Researchers working to improve the efficiency of the technique

“There is a clear need for new drugs targeting E. histolytica,” said Marie’s mentor, William A. Petri Jr., MD, PhD, chief of UVA’s Division of Infectious Diseases and International Health. “Right now there is a single antibiotic that works against this parasite. We know that eventually the parasite will develop resistance to the antibiotic and at that point there’s no plan B. This could be the plan B – targeting the human genes that enable the parasite to cause disease.”

Marie is working to increase the efficiency of the technique and move it toward use in humans. But just demonstrating it can work is a huge accomplishment. “This is a major finding with translational implications for this infection that causes so many deaths worldwide, but also proof that this cancer-science approach can be used to explore genetic mechanisms of resistance in the field of infectious disease,” Theodorescu said.