Testing the system with lung cancer cells, the researchers showed that the ligand-guided protein cages selectively penetrated and killed more than 70% of the cancer cells… 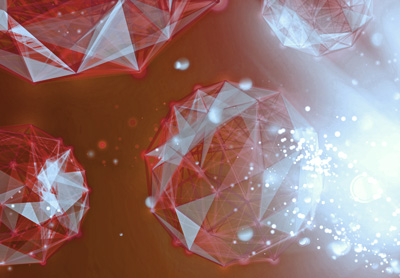 Scientists have developed a protein cage to deliver drugs directly to cancer cells.

Direct delivery could improve treatment and lessen the effects from toxic drugs.

The researchers, from Washington State University (WSU), built a drug delivery system using apoferritin, the same ball of natural proteins that carries iron around in blood without letting the iron leak out. Apoferritin is made of 24 pieces that can conveniently open and close, depending on surrounding acidity.

While some research has been done on using apoferritin for drug delivery, this is the first time it was used to target lung cancer cells.

Led by Yuehe Lin, professor in the WSU Voiland College’s School of Mechanical and Materials Engineering, the researchers inserted the anticancer drug daunomycin into the cage. They modified the cage’s exterior with a ligand, making the cage particularly attractive to a common cancer cell receptor.

With the addition of a small amount of acid, adjusting the pH to below neutral, the protein cage slightly opened and let the drug jump inside, where it stayed until it came to the cancer cell. When the ball of drugs entered the acidic environment of the cancer cell, the cage opened and delivered the drug directly to its foe.

Testing the system with lung cancer cells, the researchers showed that the ligand-guided protein cages selectively penetrated and killed more than 70% of the cancer cells. Unlike with the typical methods for drug delivery used in chemotherapy, the system did not attack healthy lung cells.

The system was shown to work nearly as well as – or in some cases better than – when the drug was freely moving.

“Our efficiency in killing the cancer cell was very high with no toxicity to normal cells,’’ said Lin. “At the cell level, we were able to demonstrate it was very effective.’’

Lin emphasised that the work is still preliminary and has a long way to go before it can be used on humans. The researchers were studying the drug delivery system at the cellular level and hope to continue the research with future animal studies.

Novel biocompatible microparticles can be created using heat and light

Novel biomaterial could be used to accelerate bone regeneration