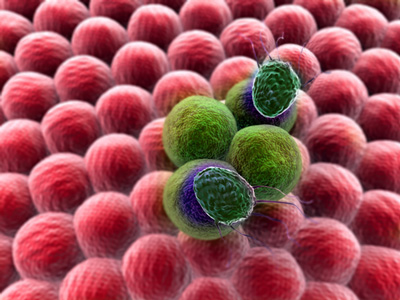 Cellectis has announced the publication of a study describing the design and development of a new CAR architecture with an integrated switch-on system that permits control over CAR T-cell functions.

This integrated switch-on system offers the advantages of controllable CAR T-cells for safety while allowing for the possibility of multiple cytotoxicity cycles using a small molecule drug.

The possibility to control spatially and temporally the CAR T activity is very desirable to mitigate potential unwanted risks, such as cytokine-release syndrome (CRS). When this syndrome occurs, there is a rapid and massive release of cytokines into the bloodstream, which can lead to dangerously high fevers and precipitous drops in blood pressure.

To date, few strategies are available and mostly rely on suicide mechanisms that ultimately lead to a complete eradication of the engineered T-cells, thus resulting in a premature end of the treatment. Consequently, implementing non-lethal, spatio-temporal control of gene edited CAR T-cells represents an important advancement in improving the CAR T-cell technology.

In the newly published report, Alexandre Juillerat, Ph.D., and his collaborators engineered a system directly integrated within the CAR architecture. In particular, they showed that such system turns a CAR T-cell from an off-state to an on-state upon addition of a small molecule, inducing the cytolytic properties of the gene edited T-cell. Overall, this non-lethal system not only offers the advantage of a temporal control of activation to mitigate the risk of CAR-induced toxicities but also enables opportunities for spatial activation of the engineered CAR T-cells using local targeted drug delivery.