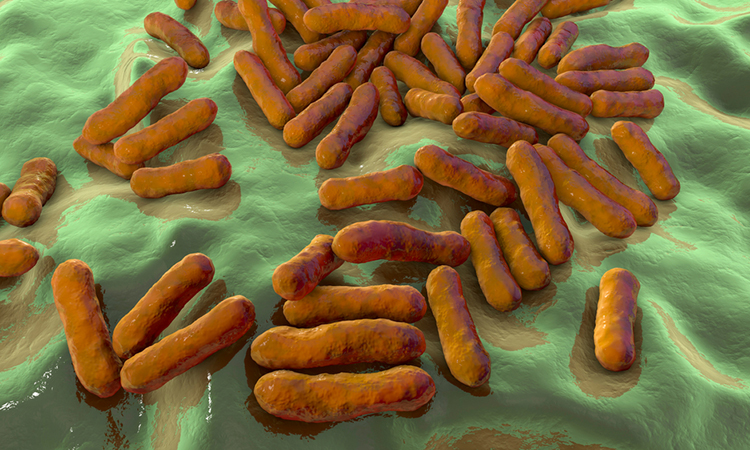 Researchers from the Miami University in Ohio, US, have optimised a new technique that they say will allow scientists to evaluate how potential inhibitors work on antibiotic-resistant bacteria. The technique, called native state mass spectrometry, could provide a rapid way for scientists to identify the best candidates for effective clinical drugs, particularly in cases where bacteria can no longer be treated with antibiotics alone.

“One method of combatting antibiotic resistance is using a combination drug/inhibitor therapy,” said Caitlyn Thomas, a PhD candidate and presenting author on the study. An example of this type of therapy is Augmentin, a prescription antibiotic used to treat bacterial infections of the respiratory tract, which is composed of the antibiotic amoxicillin and the inhibitor clavulanic acid. Clavulanic acid inactivates a key protein that the bacterium uses to become resistant to amoxicillin. With the bacterial protein inactivated, the antibiotic – amoxicillin – is left to kill the bacteria, thereby treating the infection.

Before any new inhibitor can be used in the clinic, scientists need to have a complete understanding of how the inhibitor works. In the current study, the team studied a bacterial protein called metallo-beta-lactamase, which renders many clinical strains of bacteria resistant to all penicillin-like antibiotics.

While many research labs throughout the world are attempting to create new inhibitors that inactivate metallo-beta-lactamases, the researchers instead analysed how these new inhibitors work.

“Because metallo-beta-lactamases contain two metal ions, we are able to use a variety of spectroscopic techniques to study them,” said Thomas. “These experiments give us more insight into how the inhibitor behaves and whether it could potentially be a candidate for clinical use against bacteria in the future.”

This research will be presented at the American Society for Microbiology World Microbe Forum online conference.