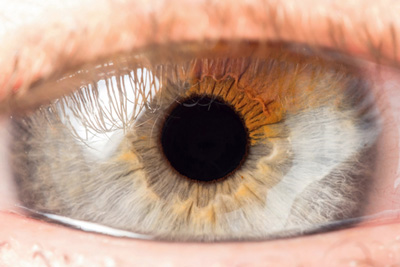 Scientists have used CRISPR to repair a genetic mutation responsible for retinitis pigmentosa.

The study marks the first time researchers have replaced a defective gene associated with a sensory disease in stem cells that were derived from a patient’s tissue.

Commenting on his study, Stephen Tsang, MD, PhD, the László Z. Bitó Associate Professor of Ophthalmology and associate professor of Pathology & Cell Biology at Columbia University Medical Centre (CUMC), said, “Our vision is to develop a personalized approach to treating eye disease. We still have some way to go, but we believe that the first therapeutic use of CRISPR will be to treat an eye disease. Here we have demonstrated that the initial steps are feasible.”

In the study, the researchers created stem cells from a sample of skin that was taken from a patient with retinitis pigmentosa. As the patient-derived stem cells still harboured the disease-causing mutation, the teams used CRISPR to repair the defective gene. The stem cells can potentially be transformed into healthy retinal cells and transplanted back into the same patient to treat vision loss.

CRISPR – which is easily adaptable to diverse sequences of DNA, and allows for fast and accurate editing – scientists can take a patient’s own cells and make pinpoint repairs specific to that individual’s genome. Because the corrections are made in cells derived from the patient’s own tissue, doctors can re-transplant the cells with fewer fears of rejection by the immune system. Previous clinical trials have shown that generating retinal cells from embryonic stem cells and using them for transplantation is a safe and potentially effective procedure.

The researchers targeted one of the most common variants of retinitis pigmentosa, which is caused by a single mistake in a gene called RGPR. The composition of RGPR make it a difficult gene to edit. The researchers say that preliminary success with RGPR is therefore promising for treating other forms of the condition caused by mutations in other genes.

A CRISPR-driven precision medicine approach to treating retinitis pigmentosa may improve upon current therapies and restore a patient’s vision, because CRISPR, with its pinpoint accuracy can correct the fundamental genetic defect responsible for the disease. However, CRISPR technology has not yet been approved for use in humans.

Tsang and colleagues believe that the first clinical use of CRISPR could be for treating an eye disease because compared to other body parts, the eye is easy to access for surgery, readily accepts new tissue, and can be noninvasively monitored.

Alexander Bassuk, part of the research team and associate professor in the Stead Family Department of Pediatrics at University of Iowa Children’s Hospital, concluded, “I think there is hope in real time for patients with this particular retinal degenerative disease.”