In this Q&A, Dr Stephen Jones from Vilnius University Life Sciences Center discusses his work on the recent developments in genome editing tools at the university. 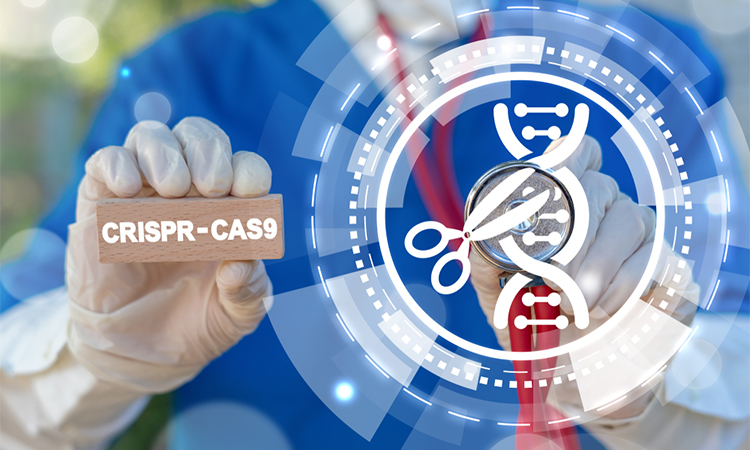 In the field of life sciences, Lithuania is best known for the discovery of gene scissors by Professor Virginijus Šikšnys. The country now hosts the EMBL Partnership Institute for Genome Editing Technologies at the Vilnius University (VU) Life Sciences Center, aiming to advance gene editing technologies. Six international research groups work at the EMBL Partnership Institute in Vilnius, each tackling a different facet of gene editing.

One of them is the Jones!Lab, focused on research and development of novel genome editing tools. It is headed by Dr Stephen Jones, who talked to us about scientific collaboration, working in Vilnius and pushing the limits of scientific knowledge.

After finishing your post-doc at the University of Texas, US, you came to head a lab in Vilnius. What is the goal of your work here?

My research connects to an important challenge in the field of CRISPR right now. When editing a specific gene or a particular piece of DNA, we occasionally find that CRISPR nucleases will also edit related sequences or DNAs that are in other genes. This is, of course, a safety concern — fixing a gene that is involved with cancer but giving a different disease instead would be catastrophic.

So, with high-throughput DNA-sequencing techniques, we are looking not only at the site of the edit, but also at what we call off-targets — all other DNAs that could potentially be edited. Instead of getting a single piece of data, we can now get a very broad set of information. The new problem is how to sort through it to find that ‘next bit’ of knowledge, which is honestly an exciting problem to have.

We can use this data to make sure that we know the full effect that these gene editing tools are having, so we can predict how they will function and use them safely.

Many have heard of Professor Virginijus Šikšnys and his contribution to the discovery of CRISPR-Cas9 nuclease. Your lab is developing methods to find other programmable nucleases. Why do we need more?

CRISPR gene editing tools are very flexible — you can programme them to contribute to editing any gene. However, they still have some restrictions. Cas9, the first CRISPR nuclease used for gene editing and still widely used today, is a very versatile tool, but it cannot do everything.

We want to make sure that we have a complete gene editing tool set so that we can pick the right tool for whatever job is at hand.

We also might not want to do the same type of edit every time. Sometimes you may have a gene producing something that is damaging your body. It might be enough to just cut a piece of that gene out so it no longer builds that something. But you could have a gene that is missing some information important for its function. In this case, you might want to add some DNA sequence so that the gene can work properly. These are two different jobs and we want to find the best tool for each of them.

Another big issue in the field right now is the delivery of gene editing tools – that is, getting them from our test tube to the correct cells to make the right edit inside of the DNA that is there. Lots of teams are working on this problem, including other teams here at the VU Life Sciences Center.

What were the reasons behind your choice to come to Vilnius for the next step of your career?

What really excited me about this job opportunity was the establishment of the new EMBL Partnership Institute. One of the biggest scientific organisations in the world, EMBL has a really unique structure and focus that is more global than any one university would typically have. EMBL is interested in making sure that they are helping scientists make the largest contributions they can from the earliest point possible. For me, that meant that coming here to Lithuania, I would have a substantial amount of research funding that could help me get my team up and running and making big contributions for the country and for the world as soon as possible.

Another selling point was, of course, the presence of Professor Virginijus Šikšnys. He and the people he has worked with were one of the reasons why we have the CRISPR technology and why it has been making all of these advances.

I have always been interested in collaborative efforts and this was something that really attracted me to Europe. I find that European scientists, whether it is because of the funding mechanisms or other reasons, are often interested in collaboration. Unique opportunities arise and contributions are made when you have people with different skill sets coming together. So, this aspect of being here at the new Institute continues to excite me.

You started working in Lithuania a year ago. What would you say are the strengths of life sciences in Lithuania?

An important advantage is access to biological materials. Working with Santaros klinikos, Lithuania, we can have access to tissues that would take a long time to get elsewhere. People are willing to share, for instance, their biopsy materials with scientists here. I think that has to do with the overall excitement about science in Lithuania.

We also have a lot of great infrastructure here and when it comes to the infrastructure that we do not have, we can easily connect with other universities around the continent. Oftentimes there are funding mechanisms that are there to help facilitate that.

Then, of course, there is the biotechnology community here. We have a lot of smaller startup companies that are either based here, at the Life Sciences Center, or adjacent to us and we also have other big pharmaceutical companies near. It is important for students to understand what the academic world is like and what the industry world is like. A lot of the students here get that experience, so they can make an educated decision about which direction to go in their scientific career.

It is important to remember that science is a team sport. Whether among lab members, across collaborators or between students and professors or scientists and the public, our interactions with one another create a culture. If that culture is positive, if science is a place that we want to be, then we can best achieve our shared goals and enjoy the process!

Dr Stephen Jones earned his PhD from Brown University, US, while studying fungal pathogens under the guidance of Professor Richard Bennett. He currently performs postdoctoral research with Professor Ilya Finkelstein at the University of Texas, US,, where he initially investigated mechanisms of cellular ageing. In his most recent works, he has developed and applied high-throughput methods to biochemically profile and rigorously benchmark the targeting specificity of CRISPR nucleases at nucleotide-resolution. Dr Jones’ efforts have garnered fellowship support from the US National Institute of Health and have appeared in journals including Cell and Nature Biotechnology. 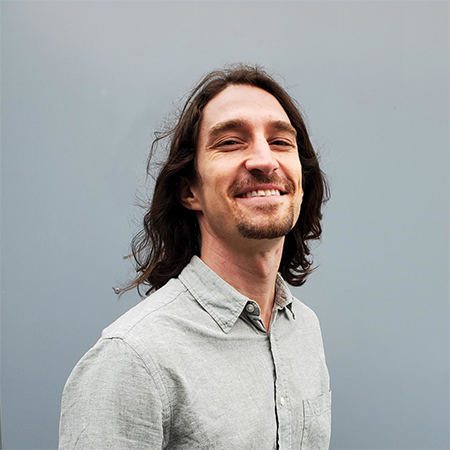