Here, Dr Michael Leek describes the benefits of gamma-delta T cells for cancer therapy, exploring why they present a potential alternative to other immuno-oncology platforms. 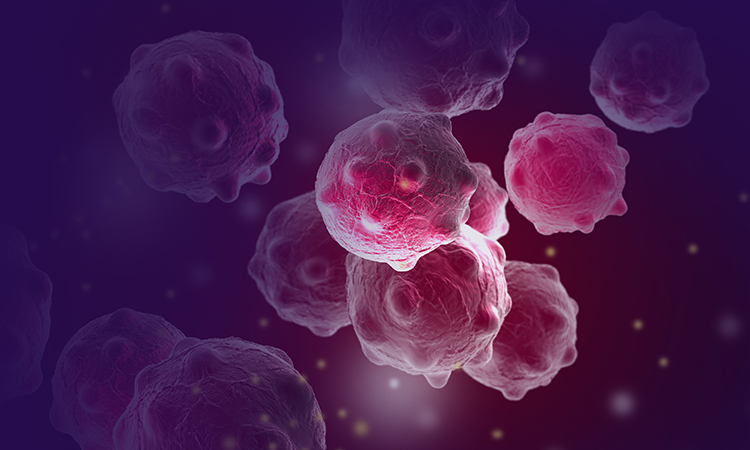 Numerous experimental studies have demonstrated the anticancer potential of gamma-delta T lymphocytes. Indeed, gamma‑delta T cells can recognise several specific tumour‑associated molecules including non-peptidic antigens (such as isopentenyl pyrophosphate – IPP) and immune surveillance stress signals (such as HSP60/70, MICA, MICB and ULBP) present on the surface of transformed cells. The gamma-delta T cell overexpresses IL-2 receptors and this cytokine is necessary to activate them. On recognising a tumour cell, gamma‑delta T cells exert their anticancer properties via release of both perforin and granzyme, a serine protease which enters the target cell to trigger cell death (apoptosis). Our research efforts are focused entirely on targeting tumours in ways that may result in an improved therapeutic index and that have potential applications in solid tumours as well as haematological malignancies.

Why might cell therapies other than CAR T cells provide an effective alternative to cancer patients?

The combination of the co-stimulatory CAR, with gamma-delta T cells, provides TC BioPharm with a proprietary platform that may address drawbacks with existing alpha-beta T cell CAR-T products in the following ways:

What are some of the main benefits of gamma-delta T-cells?

Commercially available cell therapies typically are either autologous or allogeneic. Autologous products are taken from one donor and used to treat that same donor, while allogeneic products are usually taken from a single donor and used as the starting material to treat a large number of different patients. Gamma-delta T lymphocytes are known to exert their biological effect in a non-major histocompatibility complex (MHC) restricted manner. This means the potential for graft-versus-host mediated rejection is significantly reduced if allogeneic cells are used as a treatment compared with many other immune cell therapies. As many patients with cancer or severe viral infections are immunosuppressed, potential for host-mediated rejection of allogeneic gamma-delta T cells is reduced. Such allogeneic therapies also have the advantage of being more ‘pharmaceuticalised’, as off-the-shelf products are more reproducible and (due to the large number of patients that can be treated from a single donor) have a reduced cost of goods when compared to autologous therapy.

Dr Michael Leek is Executive Chairman and Founder of TC BioPharm. He has 30 years’ experience in regenerative medicine, during which he progressed 10 different cell-based products from the laboratory into clinic. As Co-Founder, he was jointly responsible for moving Intercytex from a pre-clinical research company, to an AIM-listed biotech with several cell therapy products in the clinic. He has extensive GMP manufacture expertise which includes management of several FDA/EMEA/MHRA licensed GMP facilities. Additionally, Michael has clinical, regulatory and logistic expertise and he has directly raised over $60 million in equity and grant funding. In 2017, Michael received the ‘Scottish Life-Sciences Entrepreneurial Business Leadership’ award for 2016-2017. Michael is also a Fellow of the Royal Society of Medicine and Honorary Lecturer at the University of Aberdeen, School of Medical Sciences.