Research into innovative small molecule therapeutics with disease modifying potential in Alzheimer’s disease (AD) has been conducted at Alzheon since 2013. 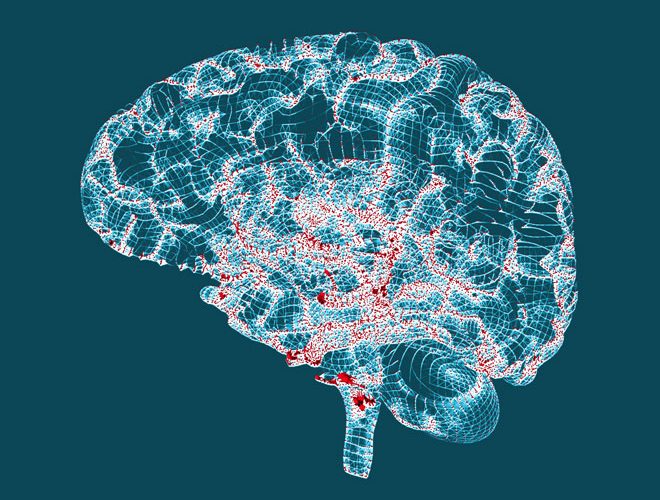 This research and development has yielded a novel clinical candidate, ALZ-801, a phase 3-ready, first-in-class, small molecule oral inhibitor of amyloid aggregation and neurotoxicity – hallmarks of AD. ALZ-801 emerged as a drug candidate through the re-evaluation of tramiprosate, the active molecule of a prodrug ALZ-801, which had been previously studied for the treatment of AD in two large phase 3 studies in North America and Europe, and demonstrated a favourable safety profile but failed to show conclusive clinical efficacy in the overall Alzheimer’s population. ALZ-801 is a novel optimised prodrug of tramiprosate based on insights into tramiprosate’s mechanism of action and clinical results in genetically-defined subset of AD patients.

The role of genetics in influencing the response to AD treatments has become an important consideration. In particular, the e4 allele of apolipoprotein E (APOE4), the strongest genetic risk factor for patients with late-onset AD, which is associated with greater prevalence of amyloid pathology in the brain, has become one of the most important biomarkers for the identification and stratification of Alzheimer’s disease patients.2 In addition, new mechanistic understanding of tramiprosate’s activity in beta amyloid biology has recently been revealed. This genetic understanding has emerged subsequent to the phase 3 clinical studies of tramiprosate in AD patients, and prompted a ‘precision medicine’ approach and analysis of the genetically-defined subgroup of AD patients in the tramiprosate studies.

Insights from this new molecular mechanism and evaluation of genetically-defined clinical datasets have opened new opportunities to optimise tramiprosate and its derivatives for the treatment of Alzheimer’s disease.

Analysis of phase 3 datasets of tramiprosate show efficacy in AD patients who are APOE4 carriers. Using an industry gold-standard statistical and analytical approach, Alzheon’s team reexamined the tramiprosate data from the completed phase 3 studies, which were conducted in approximately 2,000 patients. They used a ‘precision medicine’ approach, applying the genetic understanding of the role of APOE4 in AD, to re-analyse the clinical data from the prior phase 3 studies with tramiprosate.3 These new analyses focused on patients who carry two copies of the APOE4 alleles (APOE4/4 homozygotes), representing approximately 15%, or 300 patients across both studies. This subgroup of AD patients is known to have a very high prevalence of brain amyloid pathology:  approximately 95% of patients are amyloid positive, based on recent imaging studies.4 This subgroup is also known to have a high burden of amyloid oligomers,5 which is the target for tramiprosate therapeutic effects.

Consistent with the high prevalence of amyloid pathology in APOE4/4 homozygotes, this subgroup showed the best response to tramiprosate over 78 weeks. They had a large clinical benefit on cognition, on top of the background of standard of care symptomatic AD medications. To refine the selection criteria of patients for future ALZ-801 clinical studies, the new analyses further evaluated tramiprosate efficacy in APOE4/4 homozygous AD patients according to disease severity, based on their Mini–Mental State Examination (MMSE) scores at baseline. The analysis showed that the efficacy of tramiprosate was greatest in the least impaired patient group, with MMSE scores of 22 to 26 (mild AD patients). In this population, large and nominally significant effects were observed on both cognition (measured by ADAS-cog scale), as well as function (measured by CDR-SB scale). These effects in the mild patients are consistent with findings from other amyloid-targeting therapies showing higher efficacy in patients with Mild (MMSE 22 and above) or early AD.6 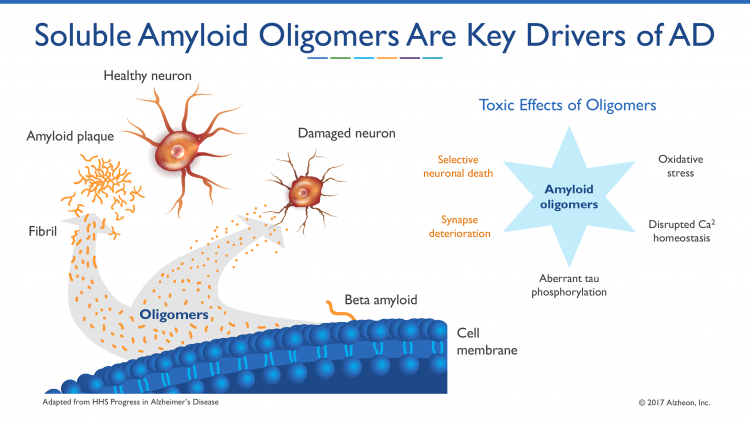 The safety profile of tramiprosate in approximately 2,000 AD patients across the two phase 3 studies was favourable and similar in APOE4 carriers and non‐carriers. The main adverse events were gastrointestinal (nausea, vomiting and weight loss), which were mild or moderate in severity. The safety in APOE4/4 homozygotes from the combined phase 3 studies of tramiprosate also showed a favourable profile similar to APOE4 non-carriers, with no cases of adverse events of vasogenic brain oedema (ARIA-E or amyloid-related imaging abnormalities oedema) seen on MRI studies.7 Vasogenic oedema (or brain swelling) is a side effect observed in clinical studies with some injectable anti-amyloid antibodies, which requires MRI monitoring and can occasionally be serious.

Discovery of a novel therapeutic mechanism

Specifically, the study characterised the molecular mechanism of action (MOA) of tramiprosate using three independent molecular methods and to present an integrated translational analysis that links the MOA, conformation of the target, stoichiometry, and projected drug exposure to the clinical outcomes in APOE4/4 AD patients enrolled in previous phase 3 studies. The analytical methods employed included: ion mobility mass spectrometry (IMS-MS), nuclear magnetic resonance (NMR) and molecular dynamics. These methods were used to characterise the interactions of tramiprosate with Aß42 amyloid monomers and the resultant conformational alterations that affect aggregation of monomers into oligomers. 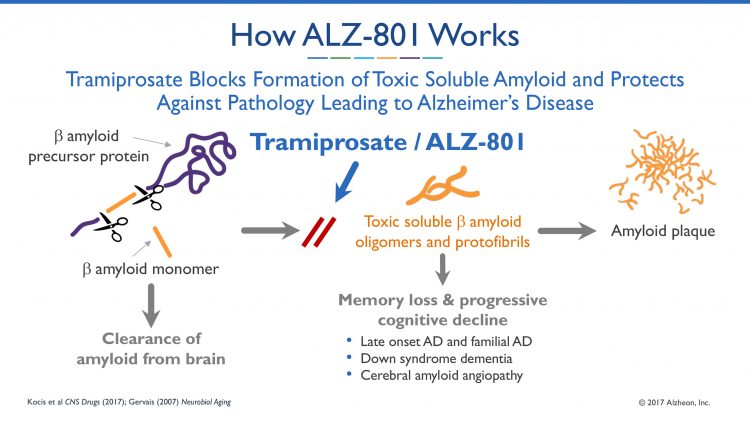 The scientists discovered and characterised a novel molecular mechanism of action of tramiprosate. In demonstrating that tramiprosate works by enveloping the Aß42 protein and, thereby, preventing formation of toxic soluble amyloid oligomers, the study revealed several molecular modes of action, including the following:

Translation of MOA in patients

After discovering tramiprosate’s mechanism of action against toxic amyloid oligomers, the scientists then examined the predicted concentration of tramiprosate at the effective clinical dose of 150mg twice daily, as compared to the amount of soluble Ab42 protein in the brain of AD patients enrolled in a previously-conducted phase 3 studies. This analysis showed that the predicted concentration of tramiprosate in the brain correlated with the molecular stoichiometry of the enveloping mechanism of action, allowing full inhibition of oligomer formation and demonstrating the translation of the effects on oligomers into clinical efficacy. Based on this work and extensive pharmacokinetic translational analyses from preclinical to phase 3 clinical data, they confirmed that tramiprosate brain exposure in AD patients achieved levels in excess of those needed to fully deploy the novel anti-oligomer activity.

The new MOA discoveries and clinical analyses of phase 3 datasets have led to the development of ALZ-801 as a novel oral prodrug of tramiprosate. ALZ-801 is an oral, amyloid-targeted drug candidate, designed to improve the pharmacokinetic and gastrointestinal tolerability profile, while retaining tramiprosate as the active agent. Alzheon conducted two phase 1b clinical studies of ALZ-801 in healthy elderly volunteers: a single-dose tablet bioequivalence study, and a multiple-ascending dose safety, tolerability and pharmacokinetic study. These studies showed that ALZ-801 demonstrated favourable therapeutic properties, including: steady therapeutic exposure with low inter-subject pharmacokinetic variability; prolonged therapeutic plasma concentrations up to approximately 24 hours for potential once-daily dosing; and favorable tolerability profile. Importantly, these studies also demonstrated that ALZ-801 had equivalent or improved attributes compared to tramiprosate, including plasma exposure, terminal half-life and dose proportionality, thereby allowing for bridging to prior clinical studies of tramiprosate. The phase 1b studies also confirmed the commercial tablet formulation for ALZ-801 that will be evaluated in the phase 3 study, and a favourable safety and tolerability profile was observed in the studies, including improved gastrointestinal (GI) tolerability compared to previous studies with tramiprosate.

In summary, ALZ-801 represents a new class of small molecule therapeutic agents with disease-modifying potential through its action to stabilise and control the conformation of amyloid beta monomers, thus preventing its strong tendency to form neurotoxic amyloid oligomers, which are increasingly recognised as key players in AD pathogenesis. All of the clinical, toxicology and pharmaceutical science studies with ALZ-801 to support phase 3 start have been completed, and ALZ-801 is now ready to advance to a pivotal confirmatory efficacy trial in AD patients who are APOE4/4 homozygotes.

Martin Tolar is Founder, President and Chief Executive Officer of Alzheon: Dr Tolar served as President and CEO of Knome, a human genome interpretation company, President and CEO of NormOxys, for novel cancer therapeutics, and CSO and CBO of CoMentis, where he built the beta secretase inhibitor platform and negotiated a landmark deal for $1.1bn with Astellas Pharma in 2008. Dr Tolar also held a variety of R&D leadership positions at Pfizer.

John Hey is Chief Scientific Officer at Alzheon.  Dr Hey is an experienced drug developer with more than 20 years of experience. He has held senior R&D leadership positions at CoMentis and NormOxys. He served as the senior R&D development officer responsible for the beta-secretase inhibitor research for Alzheimer’s disease. Dr Hey holds a PhD in pharmacology and has authored more than 150 peer-reviewed scientific publications.

Susan Abushakra is Alzheon’s Chief Medical Officer. Dr Abushakra is a board-certified neurologist with more than 15 years’ of drug development experience. She was most recently Chief Medical Officer at Transition Therapeutics. She has held senior clinical research and development leadership positions at Eisai, Wyeth, Allergan, Perrigo, and Transition Therapeutics.

Petr Kocis is Vice-President of Preclinical Development at Alzheon. Dr Kocis is an experienced drug development medicinal chemist with previous leadership positions at Hoechst-Marion-Roussell and AstraZeneca. At AstraZeneca, Dr Kocis built a global organisation that led to the development of Iressa and Zactima. Dr Kocis is a pioneer of combinatorial chemistry and of the concept of chemical libraries acquired by Marion Merrell Dow in 1995.

Aidan Power is Vice-President for Program and Portfolio Management at Alzheon. Dr Power was previously Vice President of PharmaTherapeutics Precision Medicine at Pfizer Global Research. He is also a founding board member of the International Serious Adverse Event Consortium and on the board of the Personalized Medicine Coalition.