Alzheimer’s disease (AD) is the most prevalent form of dementia.1 The common (>95% of cases) slow-developing form of the ailment is known as late-onset AD (LOAD) or sporadic AD (SAD). The rare (<5% of cases), faster-developing form of the disease is early-onset AD (EOAD) or familial AD (FAD), the symptoms of which manifest at an unusually early age (under 60). These patients carry a mutant gene for the β-secretase 1 (BACE1), or more often the presenilin (PSEN1 or PSEN2), components of the γ-secretase complex causing the overproduction of amyloid-β42 oligomers (Aβ42-os).2 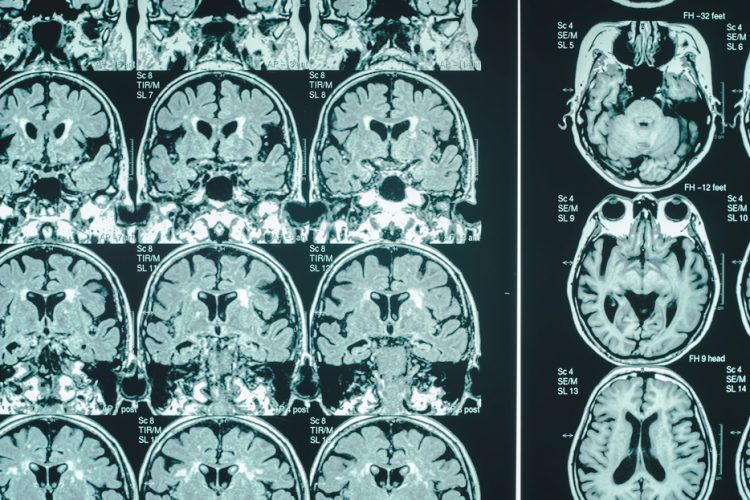 SAD affects millions of people in the Western world.3 Its prevalence increases, reaching around 50% by 85 years of age but has been imperceptibly developing for decades with a slow intra-brain accumulation: first of toxic Aβ42-os, and later of hyperphosphorylated Tau protein oligomers (p-Tau-os). These produce micro-ischemic foci, neuroinflammation, synaptic loss, and neuronal death starting within the entorhinal cortex layer II and the hippocampus and subsequently spreading to cognition-linked upper cortical areas. Eventually, SAD emerges clinically with progressive memory failure.4-6

A lot of effort has been invested in trying to stop or reverse the neuronal damage inflicted by SAD. Hitherto, treating human SAD with drugs or otherwise has met with total failure.7,8 In fact, SAD is a complex human disorder that is only partially modelled in rodents, and examining the effect of potential drugs in animal models has had a low predictive power for treatment of SAD patients. To bridge the gap between animal studies and clinical trials, cortical normo-functioning (untransformed) adult human astrocytes (NAHAs) and postnatal human HCN-1A neurons have been used as a preclinical paradigm. This has recently disclosed exciting evidence of a potential treatment for SAD based on the following discoveries…

CaSR is a member of the family C of G-protein (heterotrimeric guanine nucleotide–binding protein)-coupled receptors (GPCRs) or seven-transmembrane receptors that play a primary role in the regulation of various physiological and pathophysiological processes, making the GPCR superfamily a major target for therapeutic intervention.12 CaSRs can form homodimers (CaSR/CaSR) or heterodimers (CaSR/mGluR). The receptor detects and responds to changes in [Ca2+]e to maintain the ion’s physiological concentration (1.1–1.3mM). However, the CaSR is a relatively non-selective cationic receptor. Among the many CaSR ligands are di- and trivalent cations (Mg2+, Ba2+, Cd2+, Co2+, Fe2+, Gd3+, Ni2+, Pb2+), aromatic L-α-amino acids (L-α-Phe, L-α-Trp, L-α-Tyr, and L-α-His), aminoglycoside antibiotics (neomycin, gentamicin, tobramicin), polyamines, and last but not least, Aβ42-os.13

In fact, most important in the sphere of AD is the ability of Aβ peptides to bind and activate the CaSR. Indeed, the toxic Aβ42-os and fibrillar Aβ42 aggregates, like the cation and polyamine CaSR ligands, have regular arrays of positive charges and can bind the CaSR. Recent studies9,13-15 have shown that exogenous Aβ25-35-os and Aβ42-os bind with a high specificity the plasmalemmal CaSRs of NAHAs and HCN-1A neurons, thereby activating a pathological Aβ-os·CaSR signalling that triggers a set of neurotoxic processes:

Therefore, these findings reveal how crucial and critical the role played by Aβ-os·CaSR signalling can be in the progressive spreading of human SAD’s neuropathology within the cognition-linked cerebro-cortical areas.

It is worth recalling here that all kinds of cells resident in the human central nervous system significantly express the CaSR: hence, once exposed to exogenous Aβ-os they can be recruited via Aβ-os•CaSR signalling to oversecrete further amounts of Aβ-os, which can start new cycles of self-inducing and self-sustaining Aβ-os spreading, thereby promoting AD progression. For this reason, CaSR has emerged in recent years as an attractive target for drug development to treat AD.

It should be clear, as the above-mentioned observations indicate, that stopping the pathological Aβ·CaSR signalling in human cortical astrocytes and neurons should be the first therapeutic target in order to halt AD.

Synthetic CaSR antagonists, or calcilytics, represent a set of valuable tools for investigating the CaSR signalling pathways, for manipulating and modulating CaSR’s function, and for treating disorders involving the CaSR. Chemically, calcilytic compounds are quinazolinones like ATF936 and AXT914, or small organic molecules based on amino-alcohol structures like NPS 2143, Ronacaleret, Calhex 231, NPSP795, JTT-305, which act as negative allosteric modulators of the CaSR.17,18 They right-shift the [Ca2+]e response curve, decreasing the sensitivity of the CaSR to [Ca2+]e values and thus increasing the EC50 for [Ca2+]e. Several calcilytics have been evaluated as therapeutics for postmenopausal osteoporosis, but clinical development was abandoned because they were found to be ineffective. Currently, they have been repurposed for new therapeutic indications like hypoparathyroidism, and in autosomal dominant hypocalcaemia (ADH), as well as the treatment of cancers where CaSR-mediated signalling is involved in the establishment of bone metastases of prostate and breast cancer cells.19,20 Other recent translational suggestions for calcilytics include asthma attacks, pulmonary artery idiopathic hypertension, and stroke.21-23

Focusing on AD, it has been demonstrated that Aβ-os·CaSR noxious signalling can be effectively and completely antagonised by highly selective CaSR allosteric antagonists17,18 – indeed a most important therapeutic asset.9,11,14,16 Calcilytics like NPS 2143 and NPS 89686 fully suppress all the mentioned effects of Aβ-os·CaSR signalling, including the excess secretion and diffusion of endogenously produced Aβ-os – the first neurotoxic drivers of AD according to the ‘amyloid cascade hypothesis’ – from exogenous Aβ-os-exposed human neurons and astrocytes cultured in vitro, and blocks the propagation of toxic p-Tau-os and likely the consequent tauopathy.9,11,14,16 Hence, calcilytics would halt or attenuate the Aβ-os-elicited amyloidosis, tauopathy, synaptotoxicity, angiopathy, neuroinflammation, myelin sheaths degeneration and, most of all, the cortical neurons death and consequently, the otherwise inexorable SAD progression in vivo.

Adding to the appeal of CaSR as a drug target to treat AD is the recent discovery that NPS 2143 has the potential to restore the physiological release of the soluble non-amyloidogenic form of the beta-amyloid precursor protein α (sAPPα) that is known to exert neuroprotective and neurotrophic effects.11 These ﬁndings gained from preclinical models made of cultured human untransformed neural cells indicate that, by effectively antagonising the amyloidogenic processing of APP promoted by Aβs•CaSR signalling, in vivo administered calcilytics would preserve the shedding of neurotrophic sAPPα from the plasma membrane of astrocytes and likely neurons. Therefore, calcilytics would keep the in vivo human neurons alive and functioning as they do in vitro, safeguarding the memory and cognition of the patients.

All these preclinical findings have disclosed molecular mechanisms that likely play a role in SAD’s onset and progression and raise the enticing prospect that pathological Ab·CaSR signalling simultaneously triggers both the Ab-mediated and the p-Tau-mediated neurotoxic mechanisms driving SAD neuropathology. The exciting focus of these discoveries is that calcilytics like NPS 2143 can fully suppress all the neurotoxic effects that Ab·CaSR signalling elicits. Hence, by antagonising the Aβs•CaSR signalling, calcilytics hold the potential to serve as a novel therapy for SAD and to act as useful drugs at the earliest SAD stage detectable in order to hinder intrabrain Aβ-os and pTau-os spreading, and hence SAD progression.

Dr Anna Chiarini is Assistant Professor at Verona University Medical School, Italy. After obtaining a BSc in Biological Sciences from Milan University (Italy), she gained her PhD in Chronic and Degenerative Diseases from Verona University. Her scientific interests are currently focused on Alzheimer’s Disease pathogenesis using omics strategies and cellular and biochemical assays.

Prof Ubaldo Armato is Senior Investigator of the Histology & Embryology Unit, Verona University Medical School (Italy). He majored in Medicine and Surgery at the University of Padua, Italy. His research interests encompass the proteomic and biochemical mechanisms of Alzheimer’s disease pathogenesis and in vitro and in vivo testing of innovative biomaterials for tissue regeneration.

Dr Ilaria Dal Prà graduated in Biological Sciences from Milan University (Italy) and gained a PhD in Molecular and Cellular Biology and Pathology from Padua University. She is Assistant Professor in the Histology and Embryology Unit at Verona University Medical School, and works on Alzheimer’s disease pathogenesis. She expertly uses culture normal adult human astrocytes and neurons to investigate the disease molecular mechanisms. 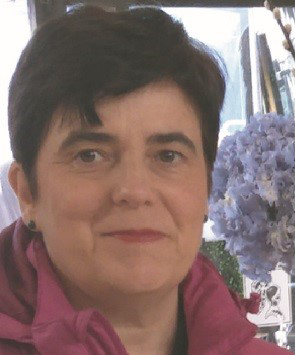