Radiochemistry and drug synthesis ‘in a flash’

Conventional methods for radiolabelling proteins are time consuming and difficult to automate. In this article, Jason P. Holland discusses how combining photochemistry with radiochemistry enables development of radiolabelled proteins far more quickly and easily – literally in a flash of light. 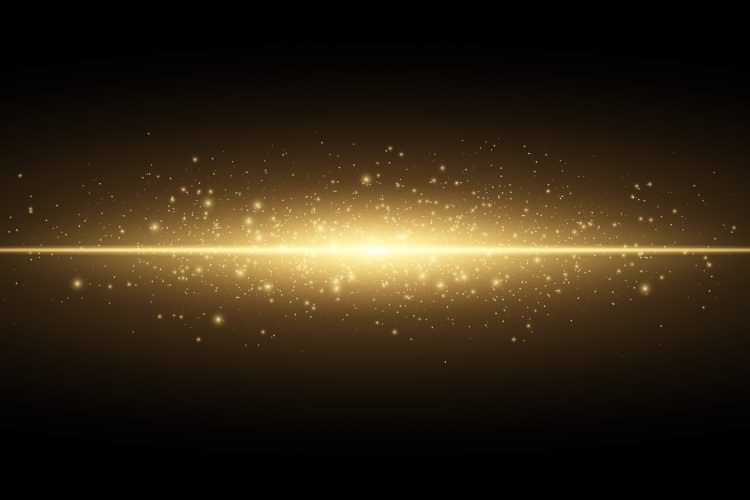 Radiopharmaceuticals are a cornerstone of modern nuclear medicine, but the constraints of working with radioactivity mean that these advanced technologies are often limited to places that can produce radioactive drugs in-house. The exquisite affinity, selectivity and pharmacokinetic properties of monoclonal antibodies (mAbs) and related biologically-active fragments or biosimilars make them attractive starting points for developing targeting agents for immuno-positron emission tomography (immuno-PET) and radioimmunotherapy (RIT). However, for many small-to-medium sized medical centres, options for radiopharmaceutical production are limited due to the complexity of production and associated high costs. Alternative chemical routes that simplify the production of radiolabelled antibodies are the key to improving access.

Chemistry lies at the core of drug discovery and radiotracer development. When it comes to working with radioactivity, time is one of the most crucial parameters.1 The chemical reactions used to incorporate a radioactive atom into a small-drug molecule or an antibody must be fast, efficient, high-yielding and reliable. For production of radiolabelled antibodies (and other proteins) using nuclides such as 64Cu, 68Ga, 90Y or 89Zr, the process typically involves two distinct steps (Figure 1).

First, the protein is pre-purified from a stabilised formulated source, followed by functionalisation to add a chelate that binds radioactive metal ions, and then the intermediate construct (the functionalised-mAb) is re-purified. Prior to translation, the chemical, physical and biological properties of the intermediate must be characterised, before being stored until further use. In the second step, a radioactive metal ion is introduced. Classical manual batch processes dominate the production of radiolabelled antibodies for preclinical and clinical applications but recent advances from a team in Amsterdam have also shown that the radiolabelling step and purification can be automated.2

With current clinical solutions, one of the main impediments to the more widespread use of radiolabelled antibodies is the requirement to functionalise, isolate, characterise and store the intermediate protein. In accordance with the regulations from most major authorities, including the United States Federal Drug Administration, the European Medicines Agency and Swiss Medic, the functionalised intermediate is often classified as a new molecular entity (NME) and is therefore subject to stringent adsorption, distribution, metabolism, excretion and toxicological (ADME-tox) testing before it can be used in human trials. Providing full ADME-tox data is time consuming, expensive and often beyond the reach of most research groups or small medical facilities. Furthermore, limits on the physical quantities of conjugated antibodies that can be produced in the two-step process also present challenges to fulfilling the regulatory requirements.

From thermochemistry to photochemistry

A potential solution to the financial, legislative and practical problems of making radiolabelled antibodies is to seek alternative technologies. Traditional methods for adding the chelate to the antibody use chemical reactions that are stimulated by heat. Many options exist, but in general, the most widely used conjugation reactions are dominated by modification of the mAb at either cysteine (thiolate) resides using maleimido-based reagents, or lysine residues using chelates bearing N-hydroxysuccinimide (NHS) or isothiocyanate (NCS) groups.3,4 The trouble is that these existing thermochemical methods cannot be readily combined with the radiolabelling step and the reaction conditions are not suited for developing simplified one-pot procedures.

Switching from classical thermochemically mediated reactions to photochemically-induced conjugation has the potential to solve some of the aforementioned issues associated with making radiolabelled antibodies.5-7 The hypothesis was simple: by using different reactive units that become activated under irradiation with mild ultraviolet (UVC) light, and are compatible with standard formulation buffers and labelling conditions, it may be possible to combine the bioconjugation and radiolabelling steps into a simultaneous, one-pot procedure.

The world of photochemistry provided several viable options for selecting reactive groups which may potentially be combined with good manufacturing process (GMP)‑grade antibodies. These include many photoactive reagents based on benzophenones, diazirenes and aryl azides that were originally popularised as tools for photoaffinity labelling.8,9 To narrow the choice, parallel requirements were that the photoactive groups should also generate highly reactive intermediates that are stable to the background media (specifically, water, oxygen and various salts at high ionic strength), and undergo fast, chemoselective bimolecular reactions with proteins. Furthermore, the irradiation conditions should not induce damage to the underlying structure of the protein.

While many photoactive groups exist, the constraints of working in biologically-compatible aerated media with high salt content, a narrow acidity window (ca. pH 5-9) and the need to perform biomolecular reactions without pre-association of the chelate to the antibody limits the choice. Photoaffinity labelling has been successful with reagents that generate carbenes, nitrenes and diradicals upon irradiation (Figure 2).10 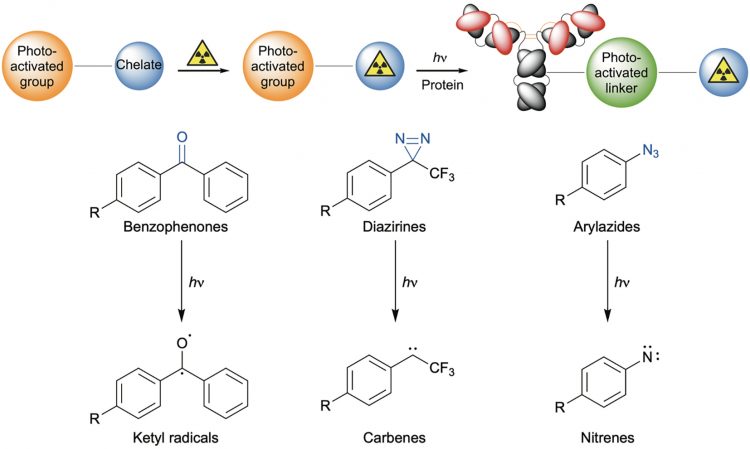 However, the extreme reactivity of carbenes and radicals makes it very difficult to control the conditions so that productive biomolecular coupling to the antibody occurs at a rate that exceeds background quenching reactions with the solvent, dioxygen, or other species in the mixture. In contrast, aryl azides (and more generally aromatic azide species) also produce several short-lived, highly reactive intermediates; the parent of which is photolytically produced by loss of N2(g) as open-shell singlet nitrene (PhN1) that has a half-life in the order of a nanosecond.11 Intramolecular rearrangement is the kinetically favoured 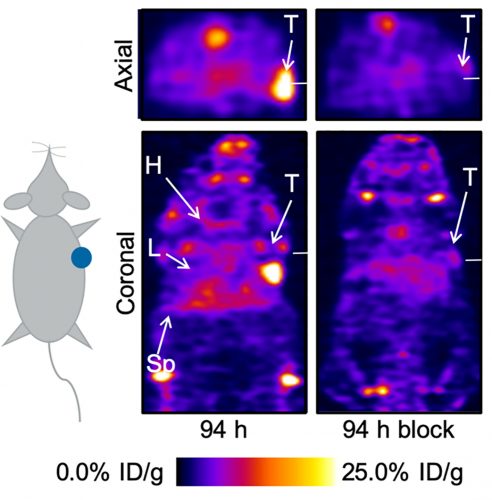 pathway for the PhN1 and rearrangement first produces a bicyclic benzazirene, which undergoes ring insertion of the nitrogen atom and expansion to form a seven-membered ketenimine ring. Density functional theory calculations have shown that this ketenimine reacts chemo-selectively with primary amines such as the e-NH2 side-chain of a lysine residue, which are present in abundance on the solvent-exposed surface of antibodies. The reaction is photoinitiated at 365nm but the bimolecular coupling step remains under thermal control. Calculations (B3LYP/6-311++G(d,p)/PCM) of the reaction pathway confirmed that overall the coupling reaction is thermodynamically feasible (ΔrG = -166 kJ mol-1) with a low thermodynamic barrier to nucleophilic attack of a primary amine on the ketenimine ring (ΔTSG = +54 kJ mol-1). Much like ‘The story of the three bears’ by Robert Southey, it is perhaps fortuitous that photoinitiated activation of aryl azides generates reactive intermediates that are not too reactive but operate in just the right kinetic window to facilitate rapid photochemical conjugation whilst mostly avoiding competitive non-productive quenching reactions. Immuno-PET studies with various radiotracers including 89ZrDFO-azepin-trastuzumab for molecular imaging of HER2/neu receptors in ovarian, breast, gastrointestinal and other cancers confirmed that photoradiosynthesis can produce viable imaging agents (Figure 3). Additional experiments also confirmed that standard IgG1 molecules remain biochemically viable and are not photodegraded by irradiation with light at 365 or 395nm, which makes aryl azides versatile reagents for future developments of photochemically-mediated protein ligation reactions.

The future is bright

Radiopharmaceuticals represent just one potential area wherein photochemistry may have an impact in clinical drug development. Of the ‘Top 10 blockbusters’ in 2018, seven were classified as biologics with most based on monoclonal antibodies. Antibodies are certainly important, but experience has found that as a monotherapy, antibodies are limited by poor tissue penetration and other morphological, genetic and pharmacological factors that limit their therapeutic index. To circumvent some of these issues and to improve potency, pharmaceutical companies and research groups alike are turning their attention toward antibody-drug conjugates (ADCs).

There are now four US FDA-approved ADCs and the development of extremely expensive drugs like brentuximab vedotin (Adcetris) or trastuzumab emtansine (Kadcyl) requires the development of efficient, reliable and sophisticated conjugation chemistries that provide not only chemoselective functionalisation but also regioselective, stereoselective and stoichiometrically precise products. Photochemistry may not be able to solve all of the challenges, but as early experiments using radioactivity have shown, in the future, the synthesis of complex drugs might be as simple as switching on the light.

JPH thanks the Swiss National Science Foundation (SNSF Professorship PP00P2_163683), the Swiss Cancer League (Krebsliga Schweiz; KLS-4257-08-2017), and the University of Zurich (UZH) for financial support. This project has received funding from the European Union’s Horizon 2020 research and innovation programme from the European Research Council under the Grant Agreement No 676904, ERC-StG-2015, NanoSCAN. Thanks are due to all members of the Radiochemistry and Imaging Science group at UZH for helpful discussions and productive collaborations.

JASON P. HOLLAND is an SNSF Professor of Radiochemistry and Imaging Science at the University of Zurich, Switzerland. Key research areas in the Holland group are the development of novel methods for introducing radioactive nuclides to small-molecules, peptides, proteins and nanoparticles. Novel radiosynthesis methodology is combined with targeted positron emission tomography (PET) imaging of cancer biomarkers to measure alterations in cellular signals that occur during cancer progression and treatment. Recently, the team in Zurich has introduced novel photochemically active tools that allow radiopharmaceuticals to be produced in just a few minutes by simply shining light on the mixtures. 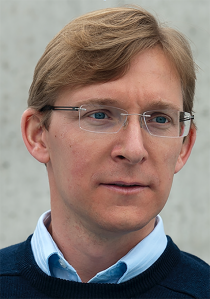