In this Q&A, Dr Taha Merghoub discusses how a combination of glycolytic-pathway inhibition and immune checkpoint blockade using anti-CTLA-4 in patients with highly glycolytic tumours could present a personalised approach for immuno-oncology. 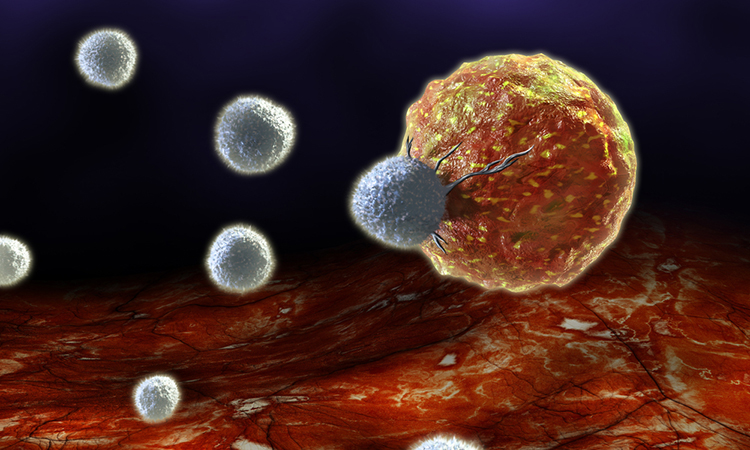 Why is it important to focus research efforts on immuno-oncology?

The immune system is designed to recognise foreign pathogens and is also able to eliminate aberrant individual cancer cells as they arise. However, cancer cells are able to escape the control of the immune system by activating mechanisms of immune suppression and inactivating existing antitumour immunity. The ability to revert these mechanisms, mainly through immune checkpoint blockade (targeting CTLA-4, PD-1/PD-L1), constitutes a breakthrough in the immuno-oncology field.

Using the immune system to recognise cancer makes it a generalisable approach. The list of cancers that are being treated with immune-based therapies has expanded to multiple cancer types and continues to increase. In addition, the inherent ability of immune cells to recognise multiple tumour targets reduces the likelihood of relapse and leads to long lasting tumour control. However, the biggest challenge in immuno-oncology is the resistance to immune treatment developed during early phases of treatment or after therapy. As a result, only a subset of patients benefit from immunotherapy.

Current research in the field aims at widening the patient populations that respond to these therapies by overcoming primary resistance and acquired resistance to immune therapy. Understanding how diverse tumour immune landscapes respond to immune therapies and devising personalised immuno-oncology approaches will be key to expanding the therapeutic benefit to more patients. A key aspect of this research is finding the determinants of response, understanding the barriers to productive antitumour immune responses and grasping the effects of conventional and new therapies on such responses with the goal of designing more effective combination therapies with immune checkpoint blockade.

Can you briefly explain how CTLA-4 blockade works and why you chose to study it?

Cytotoxic T-lymphocyte-associated protein 4 (CTLA-4) is a protein expressed on immune cells that helps keep the immune system in check (immune checkpoint) and prevents the immune system from attacking the body’s own cells; it prevents autoimmunity. CTLA-4 is expressed on a subset of T cells, called effector T cells, when they are activated. Effector T cells kill tumour cells directly. One of the requirements for T cells to be activated is an interaction between two molecules, CD28 and B7. Once activated, CTLA-4 expression on T cells is induced and prevents the interaction of B7 with CD28, thus limiting the activation of T cells and their ability to kill cancer cells.

In addition, tumours protect themselves by attracting immunosuppressive cells, such as T regulatory cells (Tregs). These are recruited to the tumour and blunt the effector T-cell immune responses that eradicate tumours. Tregs express high levels of CTLA-4 and CTLA-4 immune checkpoint blockade prevents suppression of effector T-cell function by Tregs.

We chose to study CTLA-4 blockade because it controls the function of both effector T cells and Tregs. In addition, although treatment with CTLA-4 blockade affords long lasting immunity, only a subset of patients respond. Increasing the number of responsive patients would greatly advance the use of this therapy.

How did you discover that CTLA-4 blockade has more effects than just stimulating T cells?

Our initial interest was the study of the metabolism within the tumour microenvironment. The hypothesis was that tumour cells compete with antitumour immune cells for resources within the tumour bed and limiting this effect could improve T-cell response and thus improve immune-based therapies. 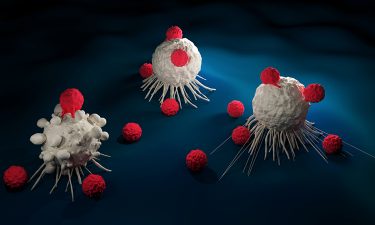 Glucose metabolism is essential to T-cell activation and the costimulatory molecule CD28 is essential for T cells to increase their glycolytic rate in response to activation. As such, CD28 acts as a metabolic biosensor for T cells. However, CTLA-4 has been shown to downregulate T-cell glycolysis. We therefore studied the effect of anti-CTLA-4 on the metabolic fitness of intratumoural T cells, comparing high glycolytic tumours and low glycolytic tumours. We found that low glycolytic tumours are more infiltrated by T cells, presumably due to the fact that T cells are more fit because there is glucose available. This is correlated with better therapeutic outcomes after anti-CTLA-4 treatment in a pre-clinical model of breast cancer.

What were your findings and what did your analysis of the Tregs reveal?

Our analysis of Tregs revealed that CD8 effector function was associated with changes in Treg phenotype. The Tregs infiltrating the tumours lost their suppressive function and acquired an inflammatory phenotype with Tregs producing IFNgamma and TNF alpha. The change in Treg phenotype was due to anti-CTLA-4 therapy and was pronounced in the presence of glucose. In other words, reducing glucose consumption by tumour cells decreases competition for glucose and improves the effects of CTLA-4 blockade on Tregs, leading to improved effector T-cell function.

How could your findings impact immuno-oncology treatment modalities and personalised medicine?

Our findings suggest that inhibiting glycolytic pathways in highly glycolytic tumours will reduce the competition between antitumour immune cells and tumour cells for resources. In this context, the combination of glycolytic-pathway inhibition with immune checkpoint blockade using anti-CTLA-4 in patients with highly glycolytic tumours constitutes a rational therapeutic design for a more efficacious treatment regimen. It represents a personalised approach in which immune-based therapy is combined with metabolism-based therapies.

What are the next steps for this research?

The next step for this project is to define pharmacological means to block glycolysis in tumour cells without affecting immune cells. We are investigating therapeutic regimens that minimise the impact of pan-glycolysis inhibition on T cells while having a major effect on tumour cells. We are also working on identifying and developing means to modulate differentially expressed metabolism molecules, such as monocarboxylate transporters, in order to target tumour cells without affecting immune cell function negatively.

When treatment for a given cancer is designed, the tumour type and its genomic characteristics are taken into consideration. However, the effect of conventional therapies such as chemotherapy and radiation therapies on the immune landscape and metabolism are often not taken into consideration.  One area that we have not covered in our previous studies is how conventional therapies will affect tumour metabolism. The characterisation of these changes will enable us to target metabolism more efficiently by adapting it to each treatment modality. In addition, the measurement of potential blood biomarkers that correlate with metabolism in the tumour microenvironment will enable us to profile tumour metabolic changes over time. The measurement of temporal metabolic changes could then inform the design of treatment regimens.

Dr Taha Merghoub is an Attending Biologist in the Immuno-Oncology Service, Human Oncology and Pathogenesis Program at Memorial Sloan Kettering (MSK). He co-directs the Ludwig Collaborative Laboratory and the Swim Across America Laboratory (MSK) with Dr Jedd Wolchok. He is a member researcher of the Parker Institute for Cancer Immunotherapy at MSK and also leads the biorepository for the Melanoma Service at MSK. He is a professor of immunology research in medicine, Weill Cornell. His work focuses on developing means to improve responses to immune-based therapies, studying the pathogenesis and treatment of melanoma. Taha focuses on melanoma as a model system and applies his findings to multiple malignancies, such as non-small lung cancer, pancreatic ductal adenocarcinoma, ovarian and breast cancer. 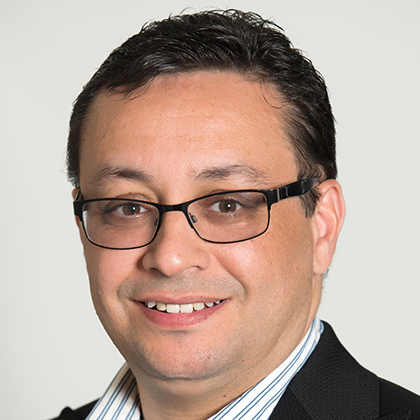