The study reveals the biological mechanism that causes nerve destruction in amyotrophic lateral sclerosis (ALS), potentially leading to treatments that reverse the disease. 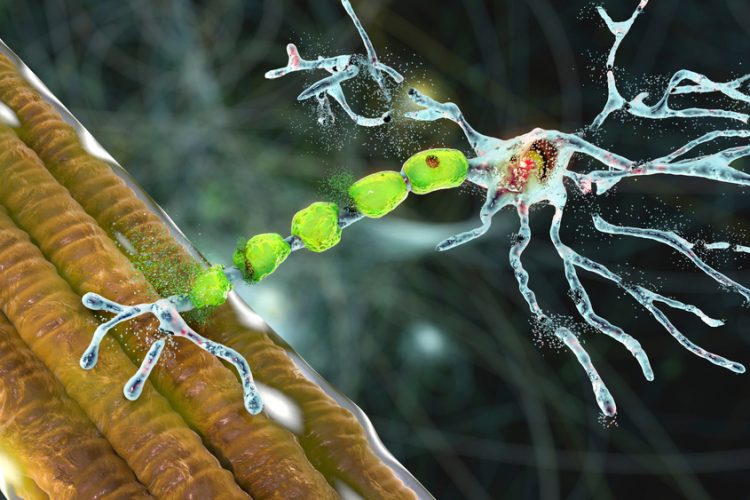 Researchers from Tel Aviv University, Israel, have uncovered the biological mechanism causing nerve destruction in the neurodegenerative disease amyotrophic lateral sclerosis (ALS) for the first time. The groundbreaking study suggests that the course of this fatal disease can be delayed and even reversed in its early stages.

To solve the mystery, the researchers first focused on a protein called TDP-43, which had been shown in earlier studies to accumulate in unusual amounts and localisation in the brains of about 95 percent of all ALS patients. Professor Eran Perlson and his team revealed a novel biological link between the protein’s accumulation and the degeneration of the synapses between the motor neuron endings and the muscles, called neuromuscular junctions.

In muscle biopsies taken from ALS patients, the researchers found that the protein accumulates in high proximity to these neuromuscular junctions during the early stages of the disease and before patients develop any serious symptoms. In a series of experiments in cells of ALS patients and in genetically modified model animals, they discovered that the accumulation of the TDP-43 protein in the neuromuscular junction inhibits the ability to locally synthesise proteins that are essential to mitochondrial activity. The dysfunction of mitochondria in nerve terminals leads to neuromuscular junction disruption and the death of motor neurons.

“The motor neurons are found in the spinal cord and need to reach every muscle in the body in order to operate it,” explained Perlson. “In earlier studies, we have shown that to maintain this complex organisation motor neuron axons require an increased amount of energy, particularly in the most remote parts, the neuromuscular junctions.

The team discovered that the accumulations formed by the TDP-43 protein in neuromuscular junctions trap RNA molecules and prevent the synthesis of proteins to mitochondrial function. The condensation of TDP-43 protein resulted in a severe energy depletion, prevented mitochondrial repair, and consequently led to the disruption of these junctions, the degeneration of the entire ‘extension cable’ and to the death of motor neurons in the spinal cord.

In order to confirm their findings, the researchers used an experimental molecule initially developed to enhance neural regeneration after injury by the disassembly of protein condensates in neural extensions. They proved that this molecule could also disassemble the axonal TDP-43 protein condensates in cells from ALS patients and that this process improved the ability to produce essential proteins, enhanced mitochondrial activity, and prevented neuromuscular junction degeneration.

“This discovery can lead to the development of new therapies that could either dissolve the TDP-43 protein condensates or increase the production of proteins essential to mitochondrial function, and thereby heal the nerve cells before the irreversible damage that occurs in the spinal cord,” concluded Perlson. “And if in the future we could diagnose and intervene early enough, maybe it will be possible to inhibit the destructive degeneration in ALS patients’ muscles”.