New research could point towards a way to restore immune function in patients with immune disorders involving B cell signalling deficiencies. 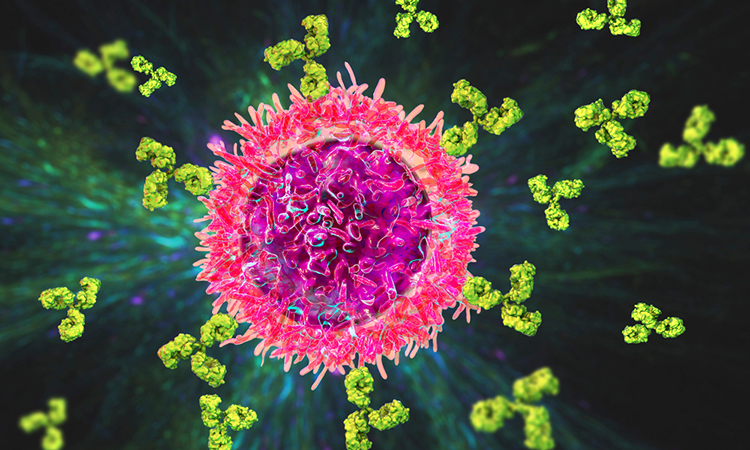 Researchers from the Tokyo Medical and Dental University (TMDU), Japan found that CD22, a crucial molecule in B cell signalling, switches from an inhibitory role to an activating role when B cell receptor (BCR) signalling is compromised due to a genetic defect that causes an immune disorder. The study was recently published in Science Signaling.

Contact between BCRs and foreign invaders prompts B cells to make antibodies, and CD22 inhibits BCR signalling to keep B cells from inappropriately releasing antibodies. Interestingly, previous research suggests that this inhibition is regulated by binding of CD22 to other factors expressed on the same cell. In contrast, a protein called CD45 is a main activator of BCR signaling, and defects in the gene encoding CD45 cause an immunodeficiency syndrome.

To investigate the relationship between CD22 and BCR signalling restoration in the absence of CD45, the researchers disrupted the binding of all interaction partners of CD22 either continuously or for a short time and looked at the effect this had on BCR signalling.

“The results were entirely unexpected,” said Takeshi Tsubata, senior author. “Acute disruption of binding between CD22 and its ligands did not affect the restoration of BCR signalling in B cells lacking CD45, whereas continuous disruption of this binding resulted in markedly less BCR signalling recovery.”

“What is really interesting about this result is that it could point toward a way to restore immune function in patients with immune disorders involving B cell signalling deficiencies,” concluded Akatsu.

Given that B cells and immunoglobulins are present, though in greatly reduced numbers, in immunodeficient patients with defects in BCR signalling, CD22 may be a useful treatment target. Activating CD22 could help restore B cell function in patients with deficiencies such as X-linked agammaglobulinemia.